WolfEye Studios debut game is a creative isometric action rpg that sees you exploring a world rich with interactivity and intricate systems to exploit.

WEIRD WEST wants to push back at you.

It wants to make every step you take through its dust covered, occult landscape feel layered with consequence. Who are you?  How does the world react to you and your choices?  Are the people you’ve wronged going to get their revenge? Why did that witch give you a mysterious box and should you open it?

WEIRD WEST feels ready to respond at any moment to your actions and promises that most of them will have lasting consequences on the world around you.

This debut game from WolfEye Studios, launched by former Arkane studios developers Raphael Colantonio and Julien Roby, carries the DNA of their previous work deep within its bones.

While Weird West is an isometric action RPG, it draws less from the the looter side of the genre games like DIABLO or PATH OF EXILE and instead takes its influences from Arkane’s rich history of immersive sim games such as the DISHONORED series, PREY and classic RPGs like FALLOUT 1 & 2.

Who are you?  How does the world react to you and your choices?  Are the people you’ve wronged going to get their revenge? Why did that witch give you a mysterious box and should you open it?

You start your journey in the shoes of Jane Bell, a retired bounty hunter with a case of amnesia who wakes up one day to discover that her husband has been kidnapped and her son has been murdered by a wild cannibal gang.

Jane’s journey is one of five unique stories that are told in this world and as players progress through the game, from a mutant pig man to an occultist, these offer a different perspective on the story and events you may have experienced so far.

And what a rich world WEIRD WEST is, a riff on the ‘horror western’ sub-genre, this is a land of dilapidated townships, mysterious werewolf cults, strange ruins, cannibal slavers and ghoulish parasitic bug-zombies wrapped in the imagery of the old American West.

Creative play is the name of the game in WEIRD WEST and WolfEye want that creativity to be painless as within the first 20 minutes the game quite pointedly explains its quick save and quick load system.

With a few quick button presses on console, you’re able to save and reload as often as you like; an essential tool when it comes to playing in the sandbox gameplay of Weird West’s combat scenarios.

There is nothing scummy about saving often in this game, and most problems you’ll come across will have multiple solutions so try, fail and try again to your heart's content.

You could negotiate and talk your way through situations playing the role of a crafty detective, you can stealth your way through most tense encounters as well, or simply go in guns blazing and make enemies of everyone around you.

Some quests will give you a variety of different NPCs and factions that you can side with to reach your goal, and other quests are time sensitive, requiring you to triage and make careful decisions as to which ones you’ll approach first.

In a gameplay sense, options and tools boil down to ‘going loud, or ‘going soft’ with a lot of different systems at play to help you here.

Stealth works better at night time, there is less chance of being seen in the moonlight of course, and allows you to set up elaborate rube Goldberg style traps in encampments, stacking piles of explosive barrels and toxic bombs together and luring enemies to their doom.

Like the Divinity Original Sin Series, you and your enemies can coat the environment around you with water, electricity, fire, toxic puddles and more to create chain reactions and explosions – but you'll need to be careful as sometimes your machine of death will claim you as their victim.

Combat is fast and you'll definitely die, but the game makes you very aware you should quick save often

Lightning ammo will work better in the rain (or when an enemy is wet) and its up to you to play around and work out how to make the the logic of these systems tilt in your favour in combat.

If you’re struggling with combat you can hire mercenaries in town to join you and provide back up fire, or upgrade your weapons and gear to help even the playing field.

So how does this all feel to play? WEIRD WEST is a real-time action game and combat is quick and furious.

Depending on who or what you’re fighting, you might find yourself mauled by a siren within seconds but thankfully, characters in WEIRD WEST have unique abilities and unlockable powers that help level the playing field slightly.

Jane begins the game with a slow-time leap through the air (it’s very Max Payne) that lets her get off extra gunshots and it is essential to surviving some of the tougher encounters before you can add more gunplay to your arsenal.

When all these systems come together, WEIRD WEST can be electrifying.

One particular moment stands out; I had successfully infiltrated a cannibal outlaw camp and snuck into their hidden base and having completed my main task there, I attempted to leave the premises only to alert every guard around me.

A frantic gun battle ensued and midway through the chaos and carnage I was suddenly informed by several on-screen prompts that characters I’d just rescued in a prior quest had heard that I was in mortal danger and had just arrived to return the favour.

Suddenly I found myself with allies armed with shotguns and we were quickly able to turn the tides on the cannibals using dynamite and explosive barrels to take out large groups of foes.

WEIRD WEST is full of moments like these and when the cascading systems and quirks in the world come together it gives you an experience that feels unique, your very own journey in the wild, horrific west.

WEIRD WEST is available now on PC, Playstation 4 and Xbox One.

A copy of WEIRD WEST was provided to SIFTER for the purpose of this review. 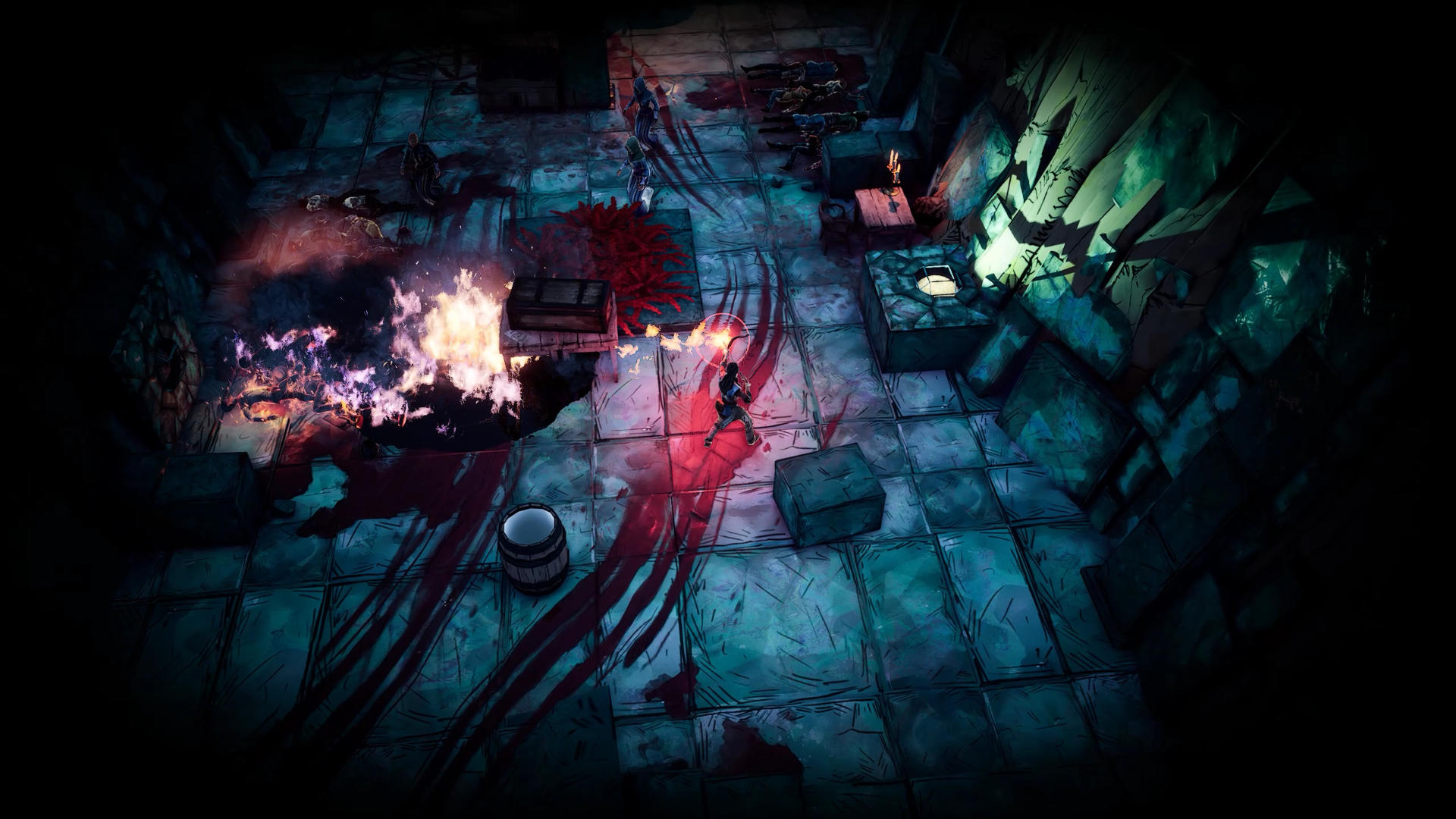 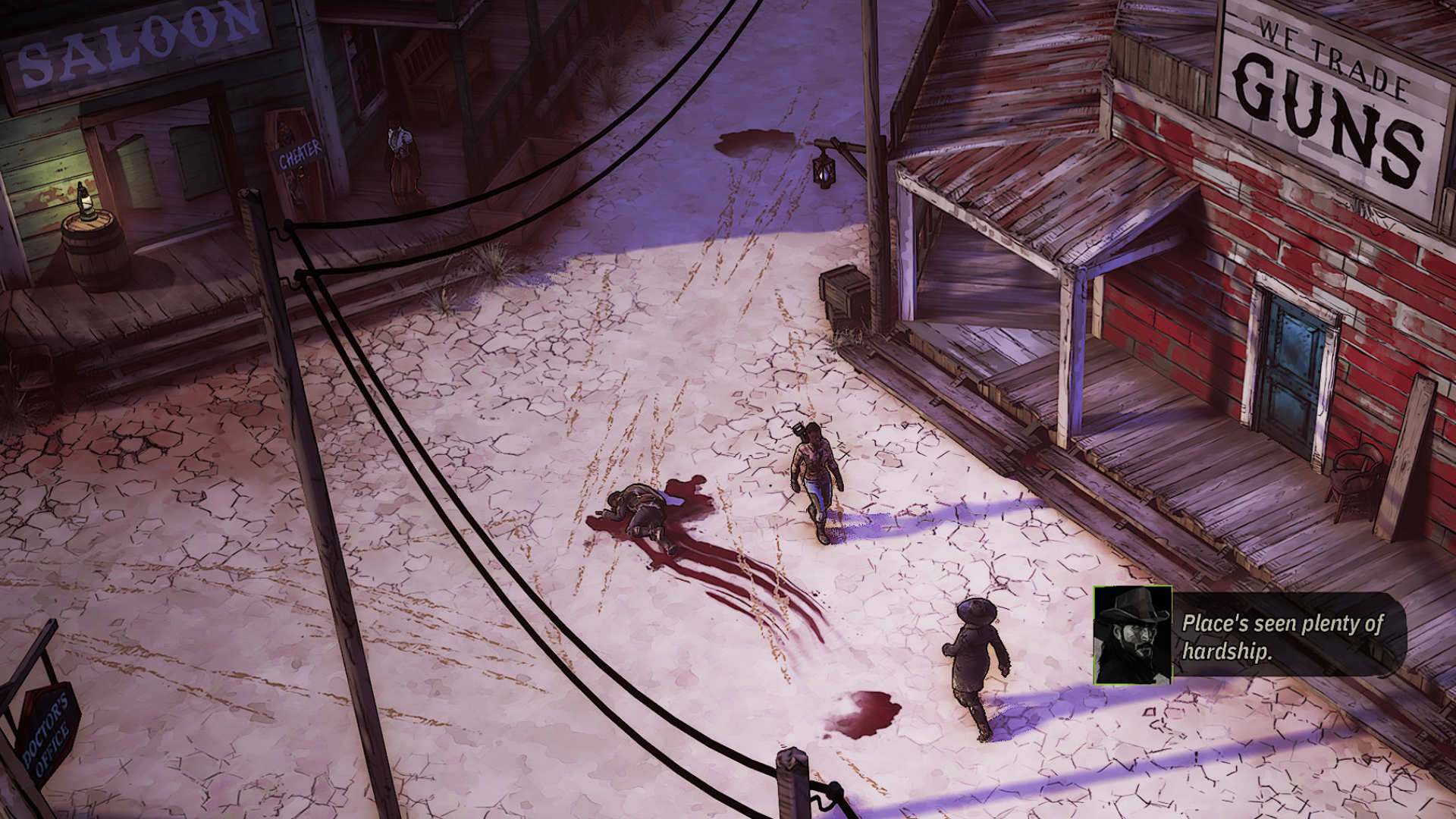 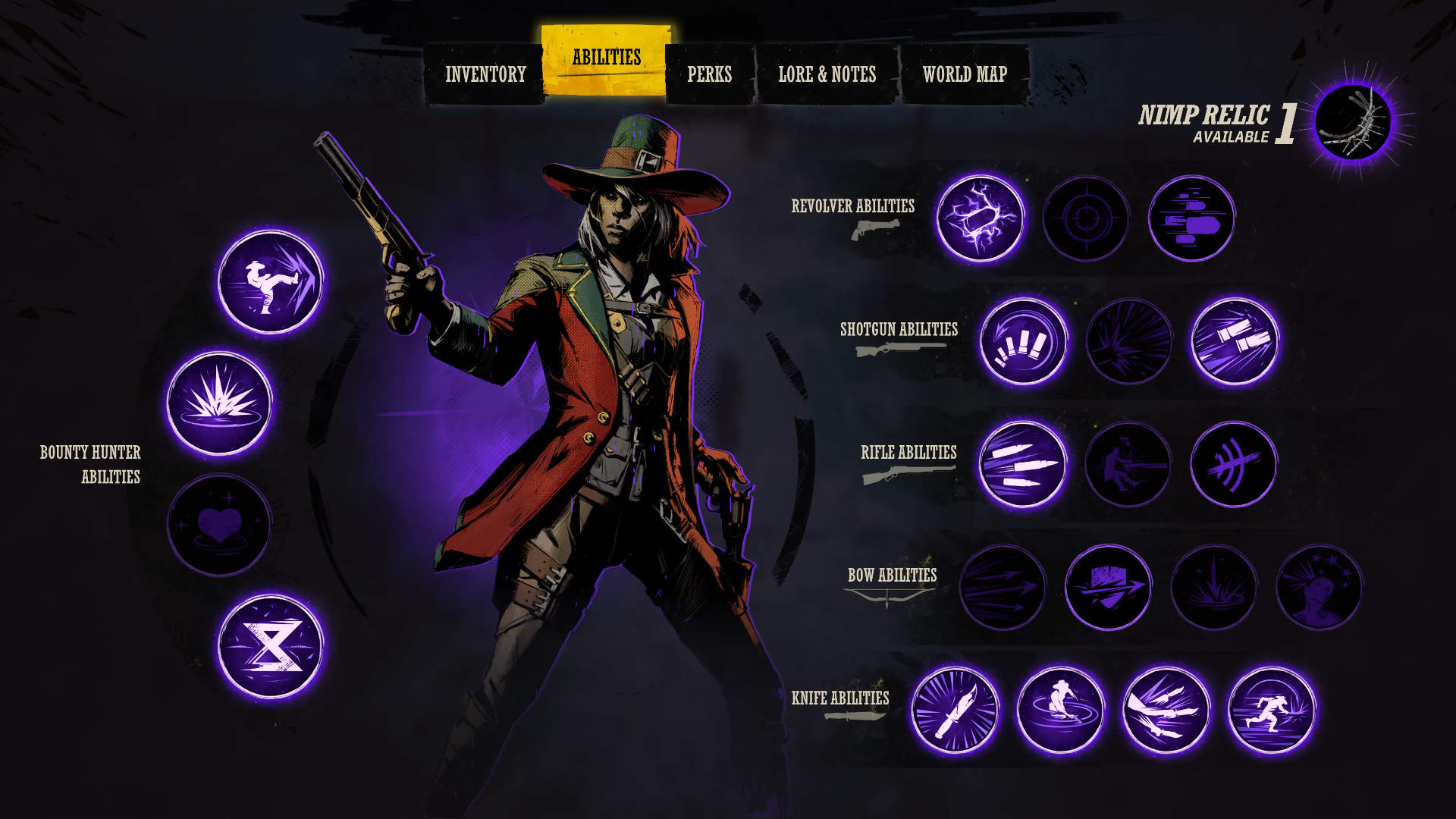 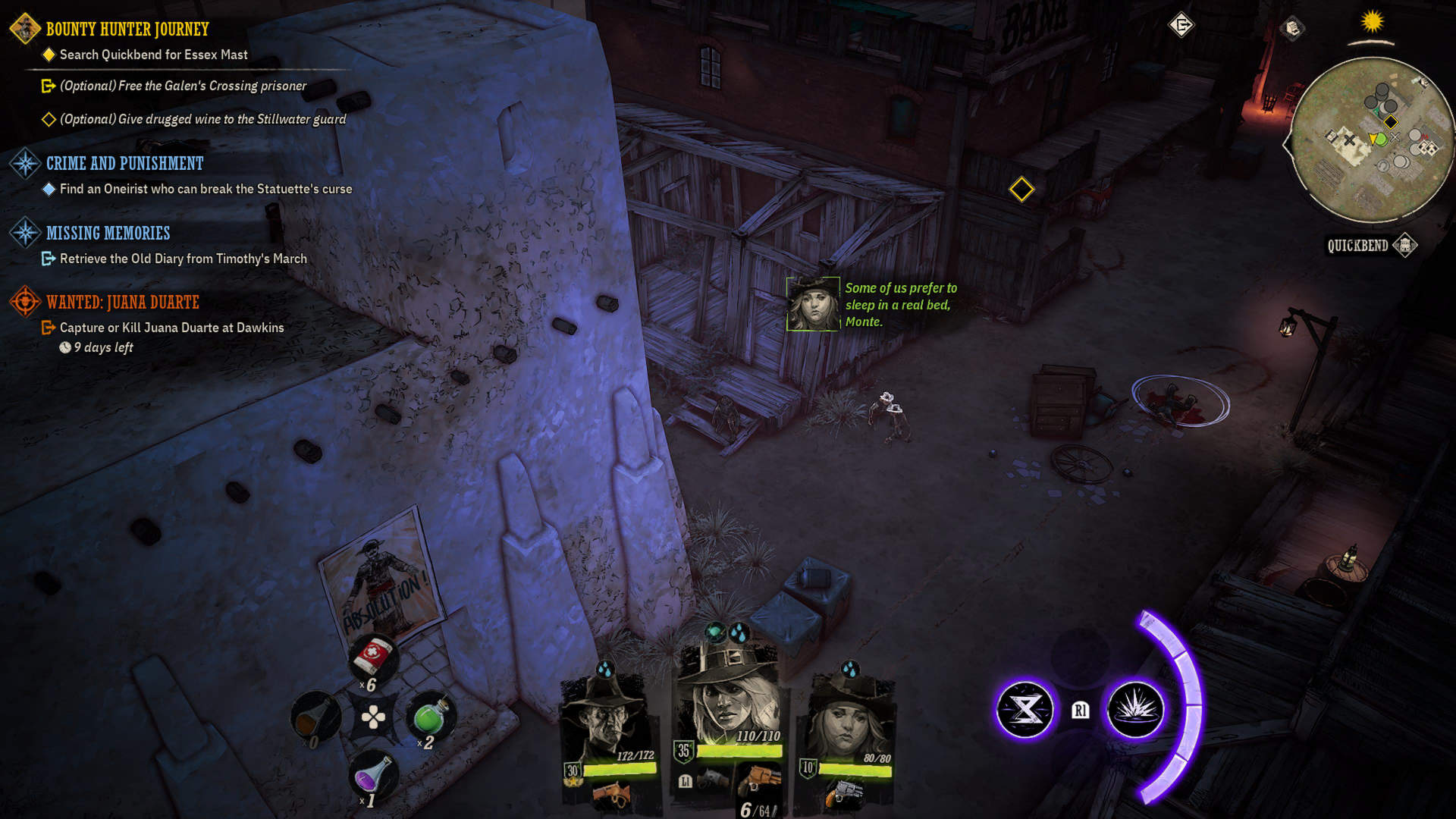 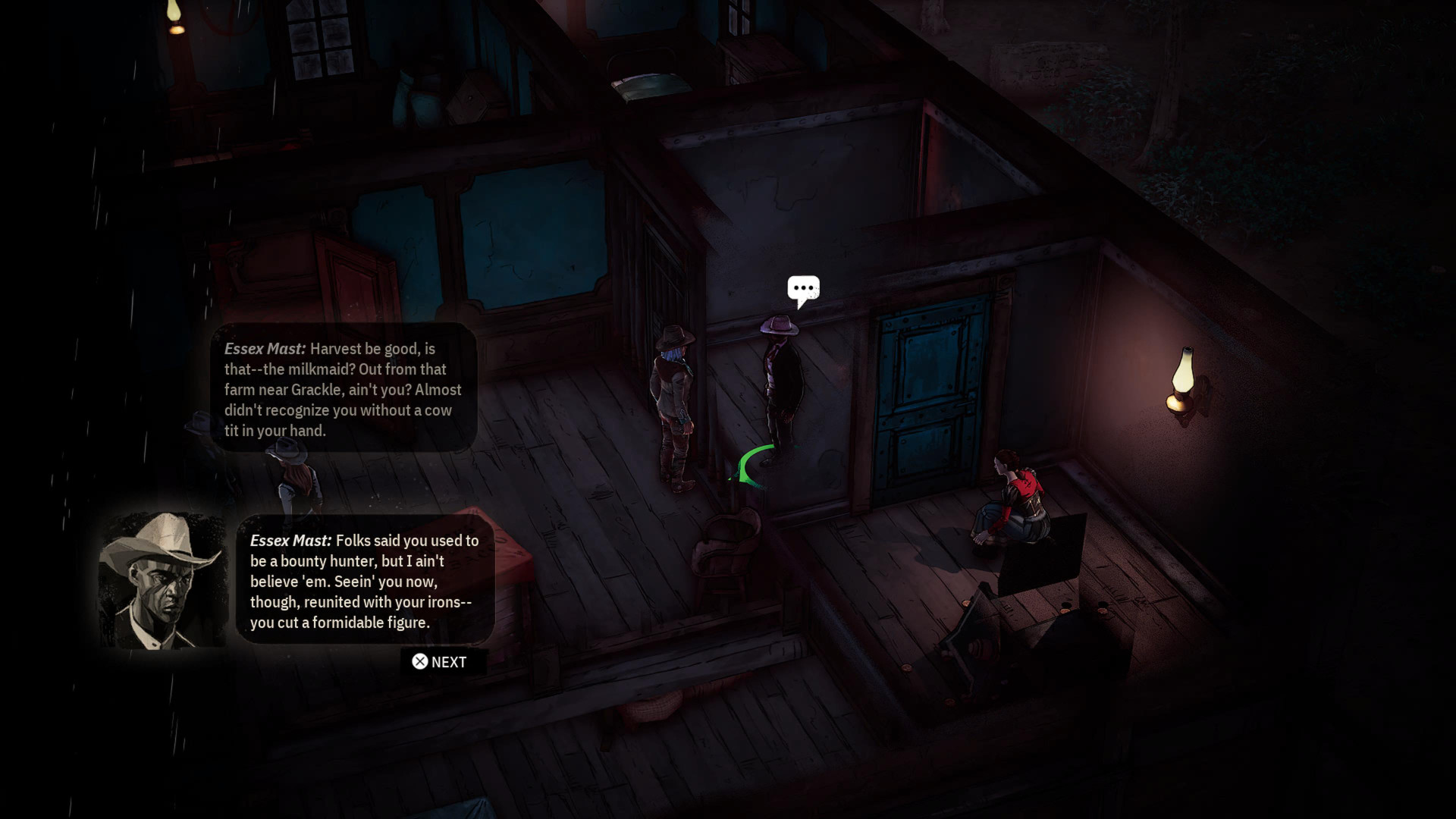 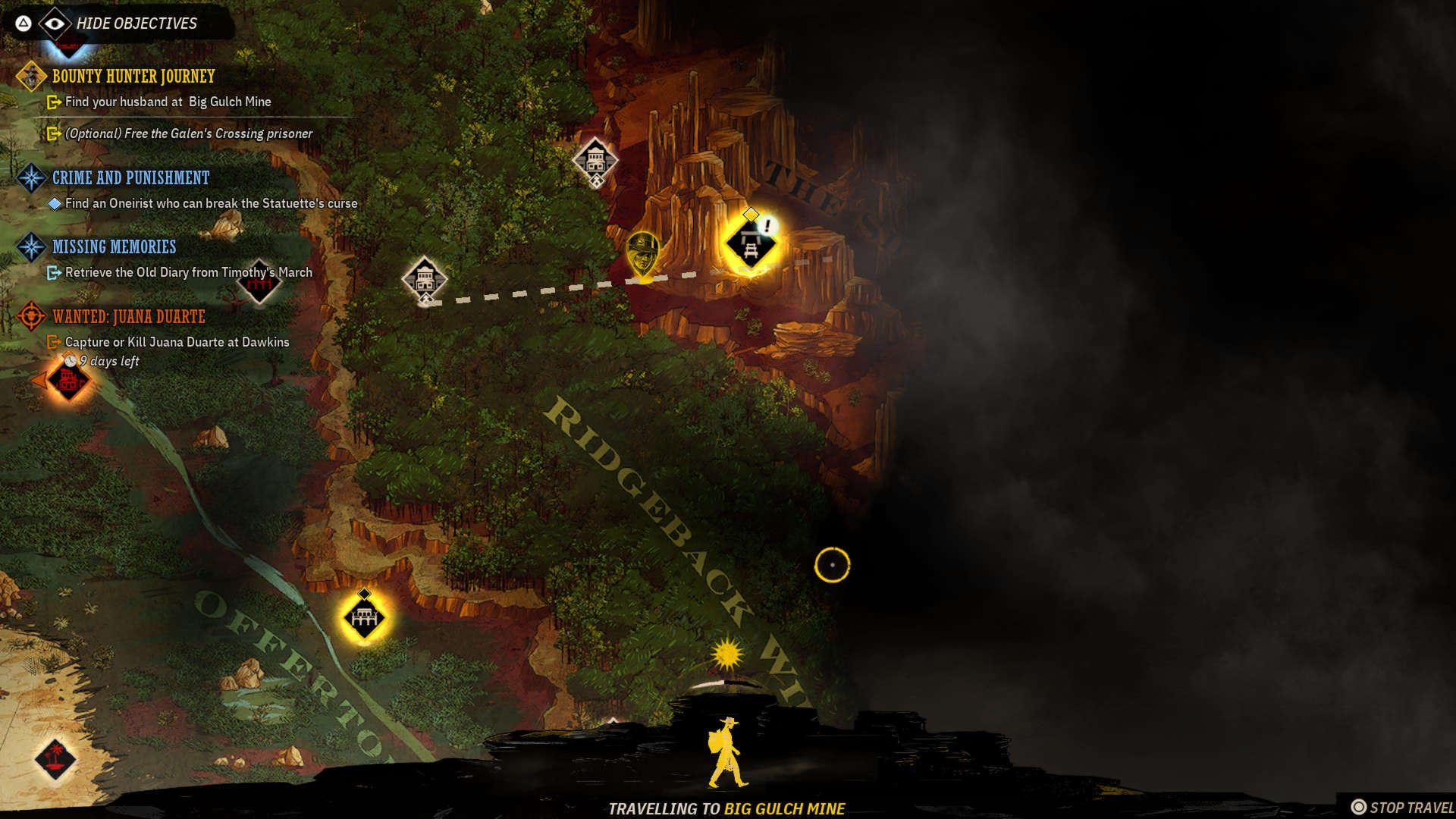 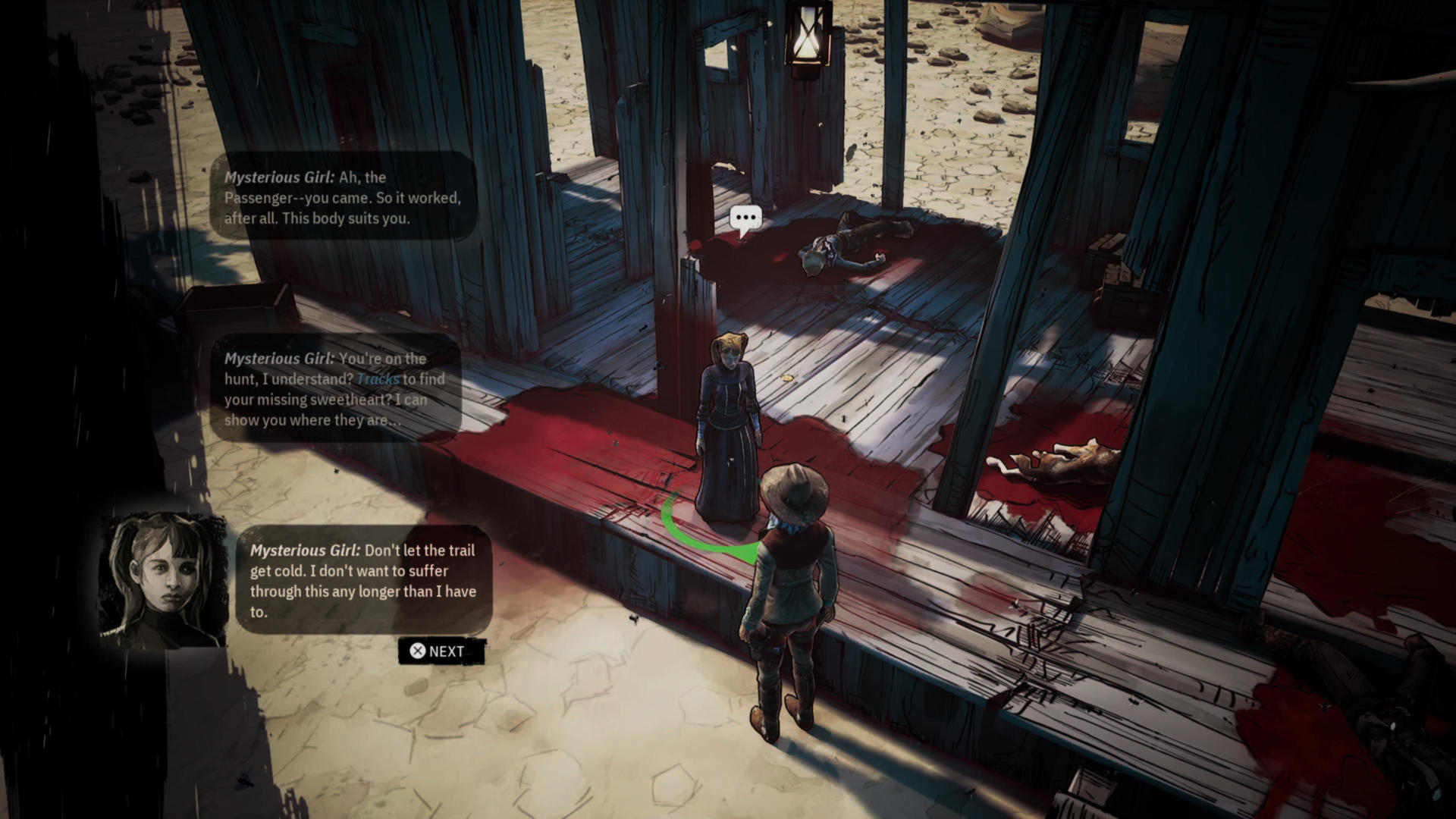 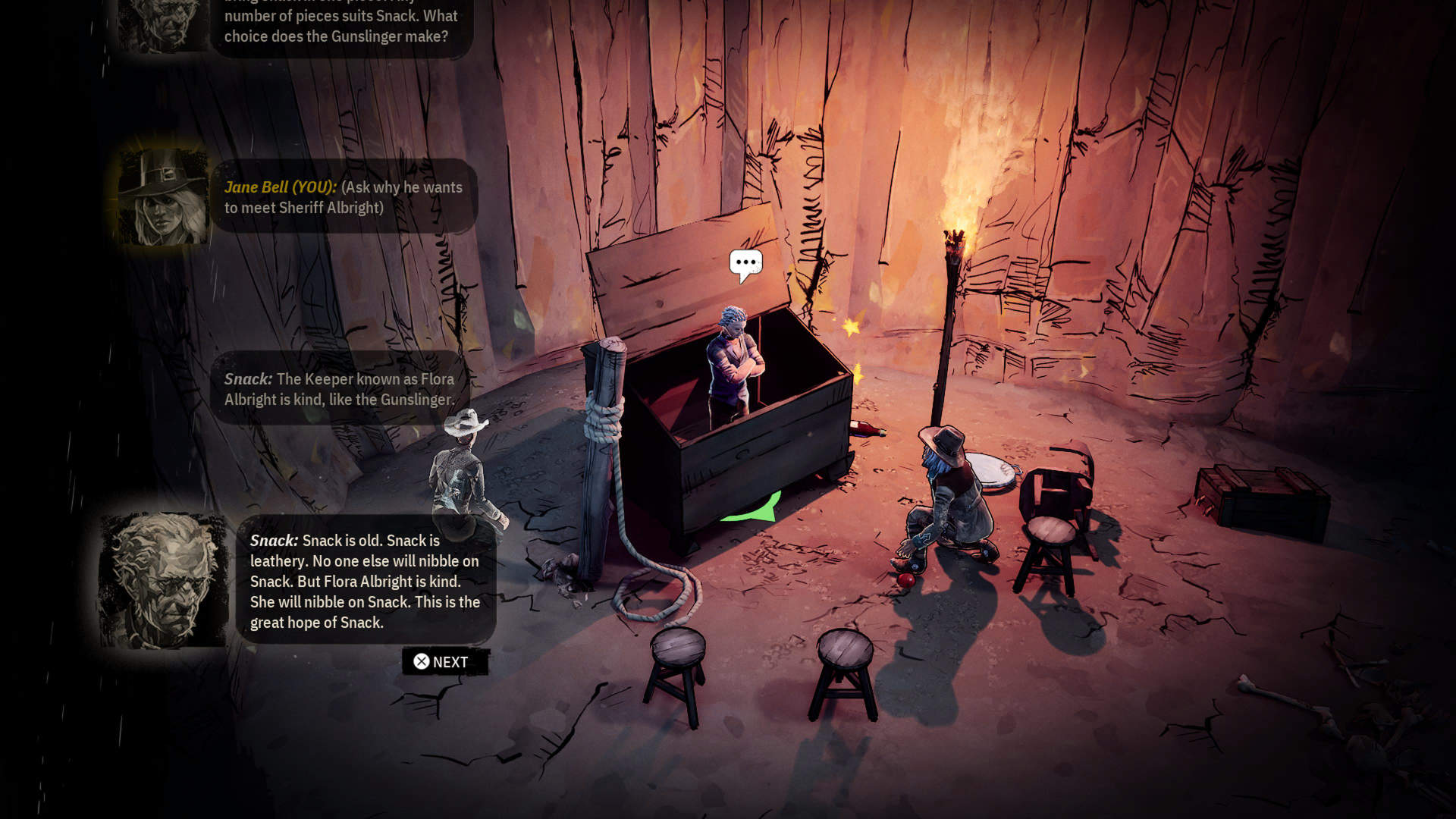