You won't find a better representation of a cat in a video game, this stylish narrative adventure innovates strongly overall but feels derivative in others.

The most realistic cat in a video game yet

STRAY is a curious game, when you're just running through people's houses knocking over their things, stepping discordantly on keyboards or rubbing up against legs it really shines.

You are an unnamed ginger cat who after tumbling into a hidden underworld discovers a crumbling city plagued by what can only best be described as the "head crabs" from the Half Life series and you try desperately to reunite with your family.

The city itself is beautifully crafted, it's very clear inspiration acknowledged by the developers is Hong Kong and the walled city of Kowloon, and you'll be searching for air conditioning boxes and windowsills as you propel yourself vertically through the space.

Your task is to get home and along the way you'll discover a non-human community of robots who've gained sentience and are living out their lives underground, some more blissfully than others.

Platforming in the game is particularly clever precisely because of its limitations, you can only jump between fixed points so you're always scanning for the next perch to pounce to.

Cat got your tongue?

What might be surprising if you take your first impressions from the trailers released, is the amount of dialogue in this game, a silent (albeit meowing) protagonist isn't uncommon in games but you're quickly paired up with a companion robot B12 who translates robot NPC dialogue for the player.

B12 your companion also helps you interact with a number of items, dropping soft drink cans, music notation, or broken levers into hammerspace to be instantly recalled as required or by interacting with the computer systems such as opening and closing gates.

Puzzles in this game that really take advantage of roleplaying a cat are the best, for example you can knock over a stack of books in a packed bookshop by jumping on it, bouncing off as they scatter across the floor, clearing a path for you to grab an item.

You can meow at NPCs chucking paint cans between rooftops to have them drop it into the street to prompt a grumpy shop owner to open their door.

When you walk back through the paint afterwards, you leave a short trail of little white paw prints to which a grumpy laundromat owner growls at and it's exactly moments like this which made me smile the most.

As you move through a number of different locales, a rundown slum, plagued sewers, abandoned streets and a bright neon overcity, the relatively linear levels feel open but because you're only little and it's really clever design.

Everybody wants to be a cat

Segments of the game actually play out as a third person shooter and there are also a couple of stealth sequences as well, something that I found quite refreshing but has caused some frustration for others.

You'll be armed with an ultraviolet flash light with a limited battery which can take down some of the enemies you'll face, with an extremely limited capacity.

It's not something that persists through much of the game though but it does allow you to progress through one particularly zurk infested level.

The stealth sequences are pretty straightforward too, the patrolling drones having a large blue area of attention which is easy to avoid using either environment to block their sightlines or by platforming out of the way. The bots it seems don't look up at all.

I can see how some players who might not be as familiar with the systems of these styles of gameplay could find them tricky especially within the relatively low stakes exploration gameplay of the other environments within the game.

The story is pretty compelling you'll be guided through a world of have and have-nots and the overarching police state capitalist structures that govern the lives of the sentient robot inhabitants.

Ultimately though it's more about you helping someone else, I don't know if it's fair to argue that this cat cares too much about the world other than getting back home.

Which is where it gets a little bit odd, because its revealed that while the humans are completely gone from the world of STRAY, the robots have taken on much of the characteristics and personality traits of people and as Sisi Jiang of Kotaku puts it "Stray lifts Asian aesthetics to evoke exoticism and danger, but it doesn’t engage with the history of the city it appropriates."

Its a missed opportunity where the developers could have created a unique culture of the robots, evoking some of the feelings of a place, but without going down the same well trodden path.

STRAY is a perfect game for the newly launched PlayStation Plus game subscriptions tiers and the first new title that's been offered at release for that service, it's a short and succinct experience that you should be able to work through in one or two sittings.

It's a game that does a lot of things differently, and gives a perspective that you don't normally get to see, and frankly you won't find a better in game cat anywhere else which makes it a pretty easy recommendation for players looking for a short story experience. 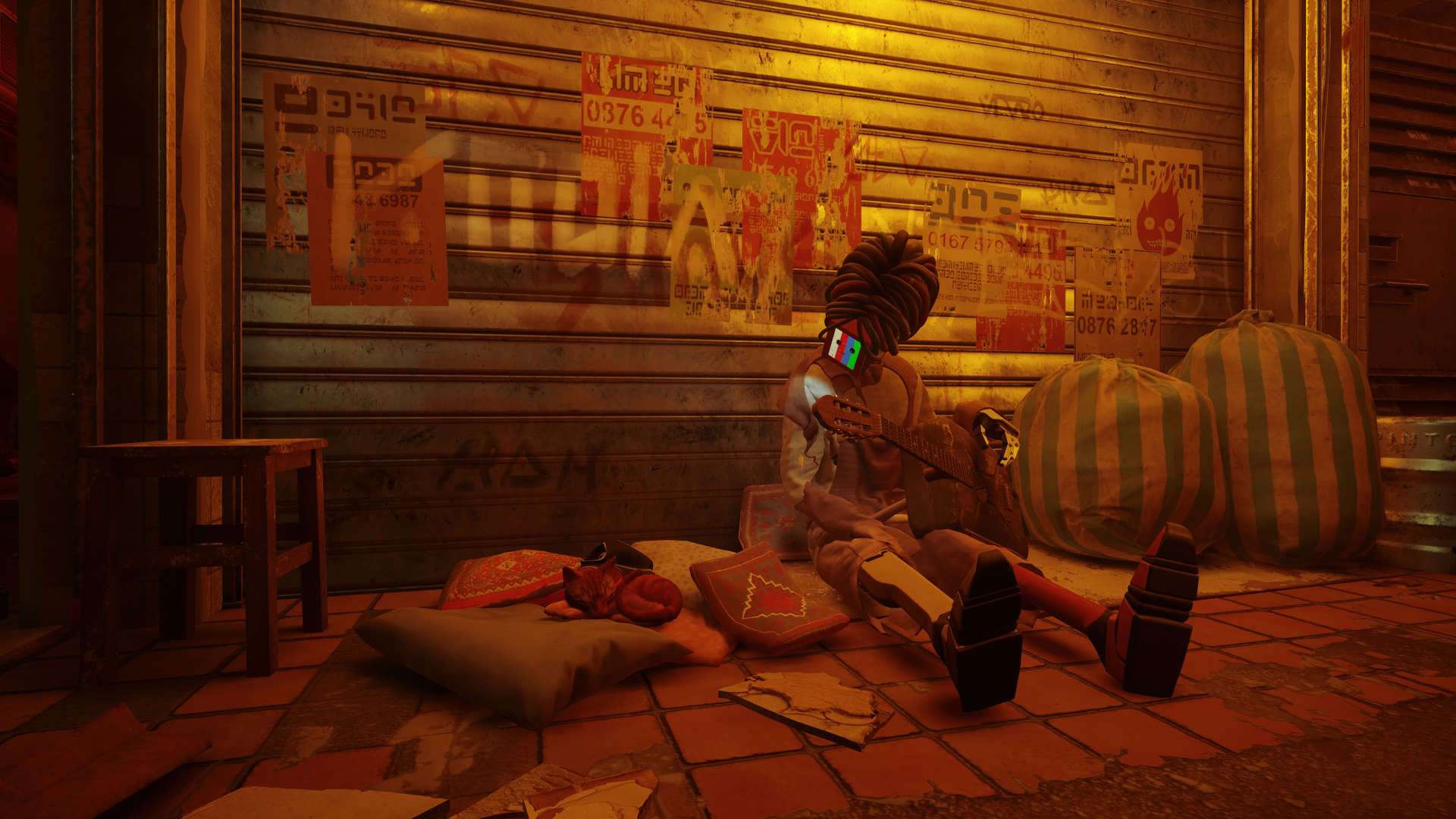 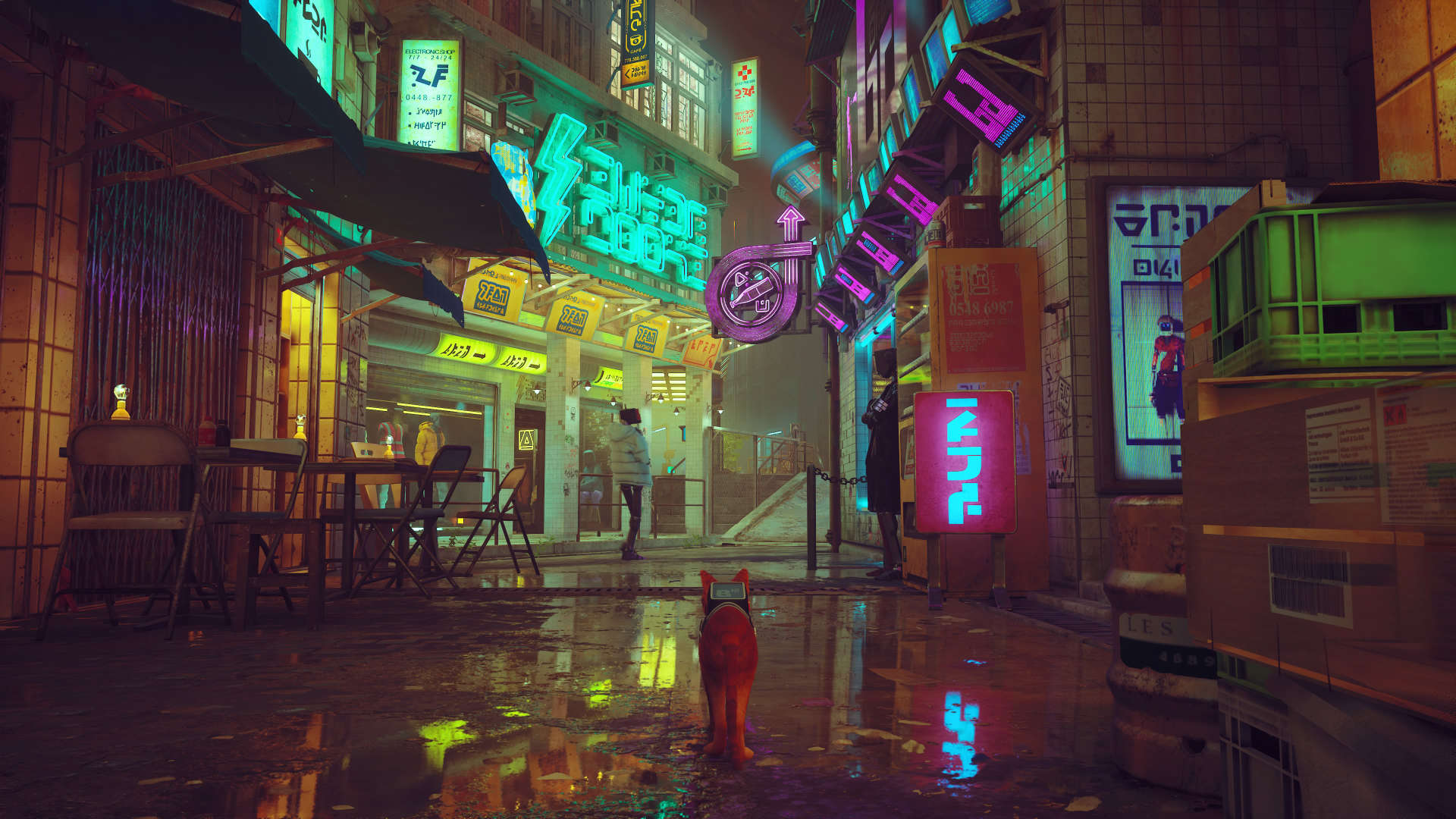 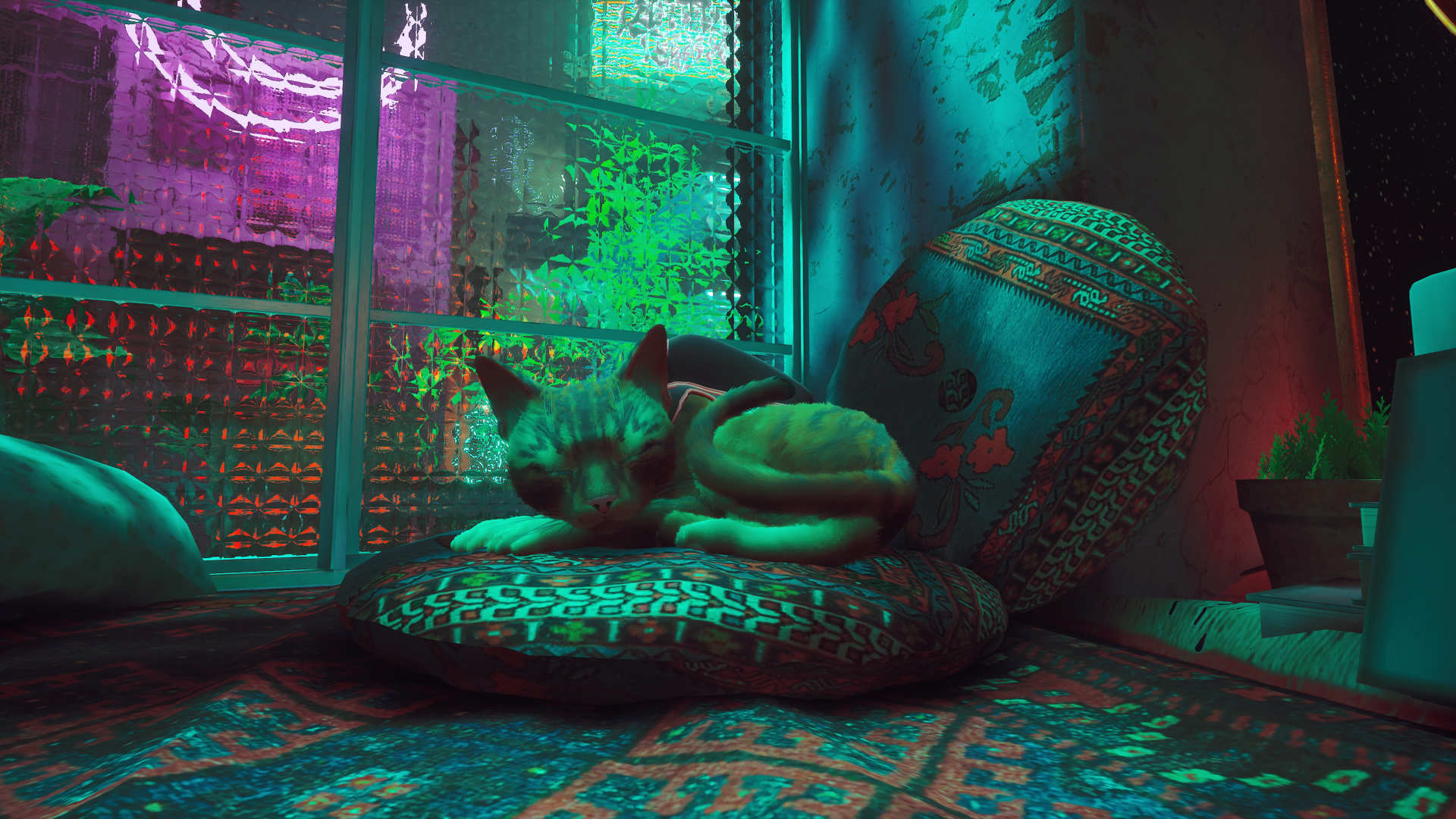 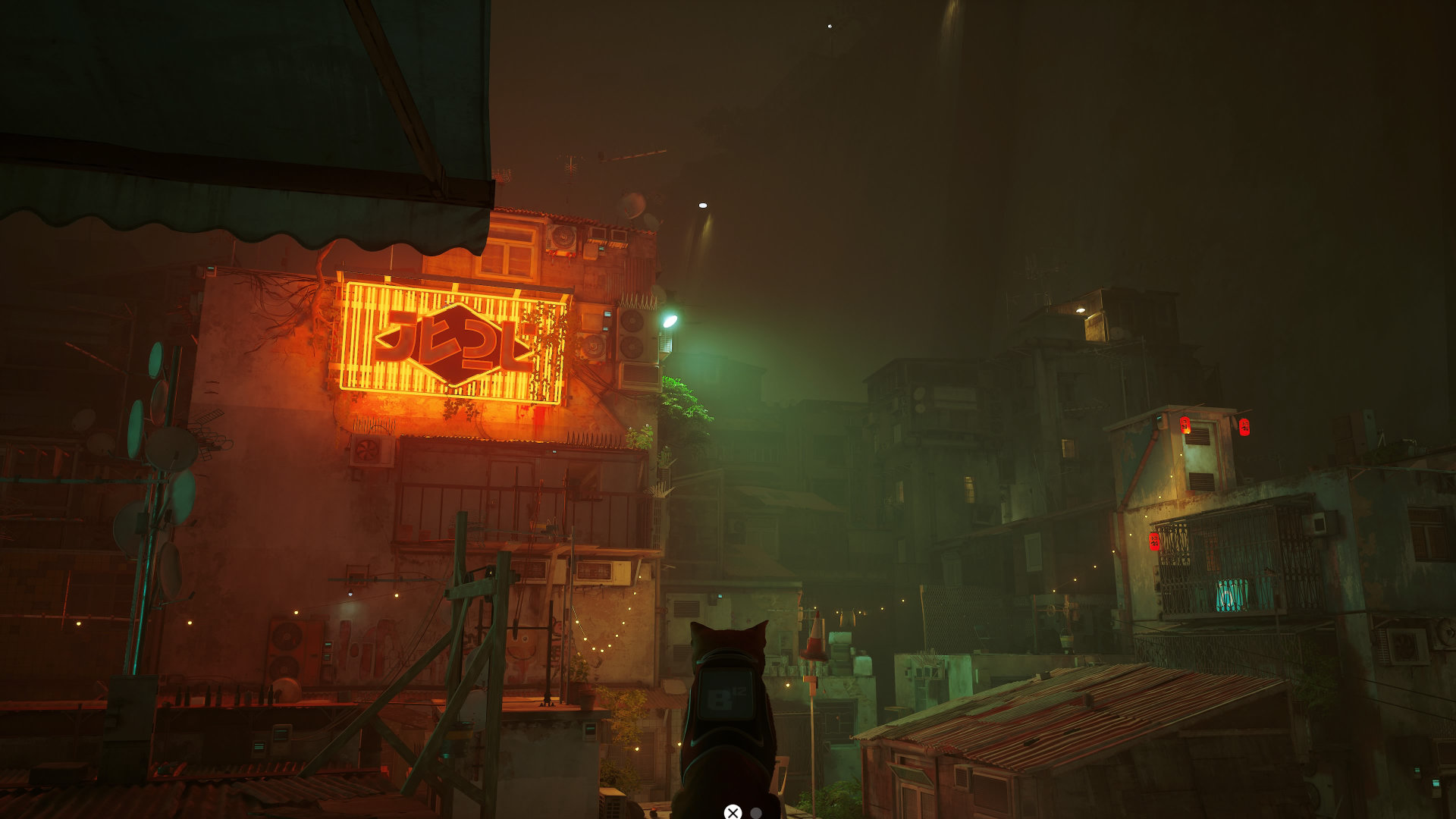 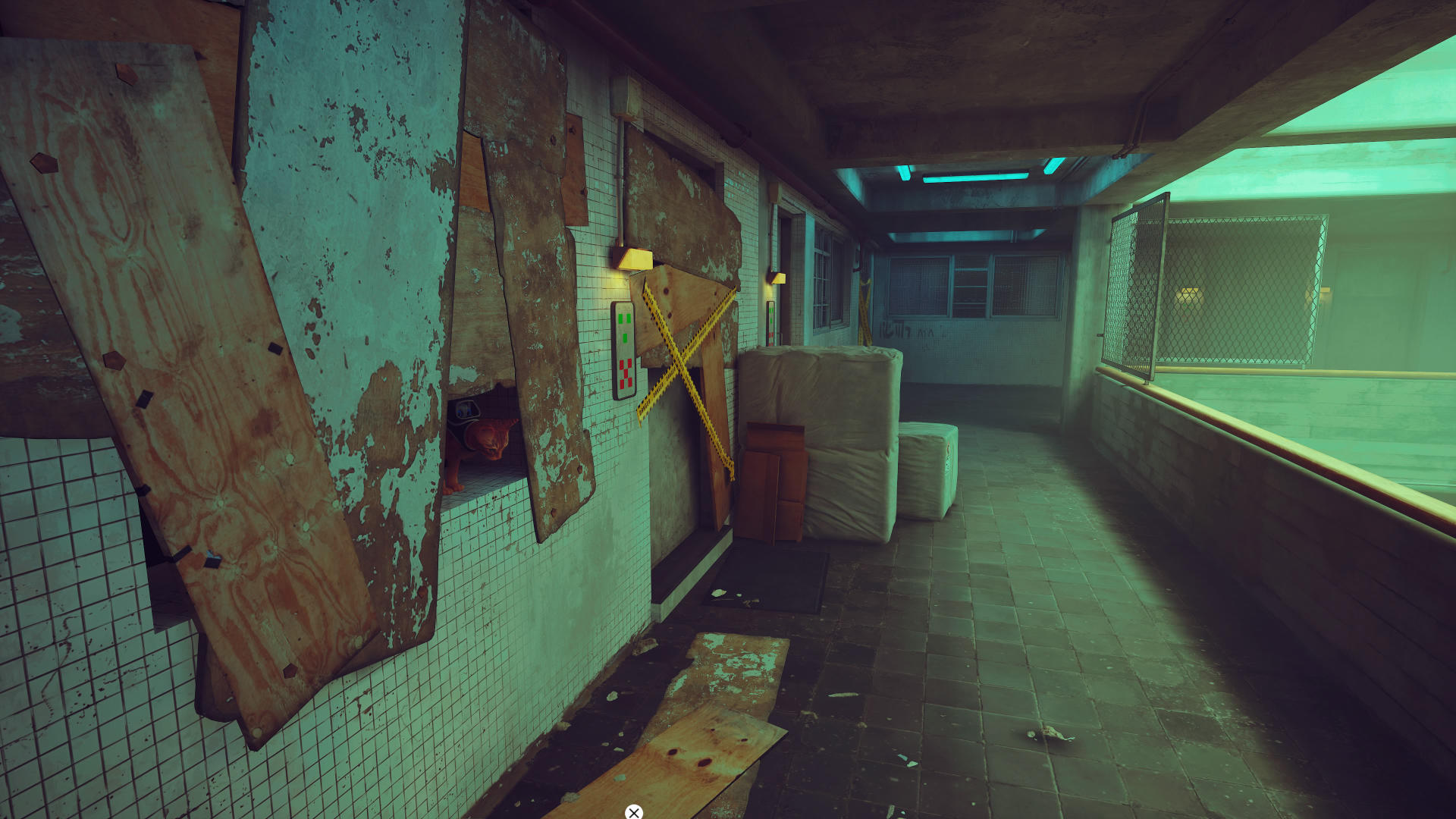 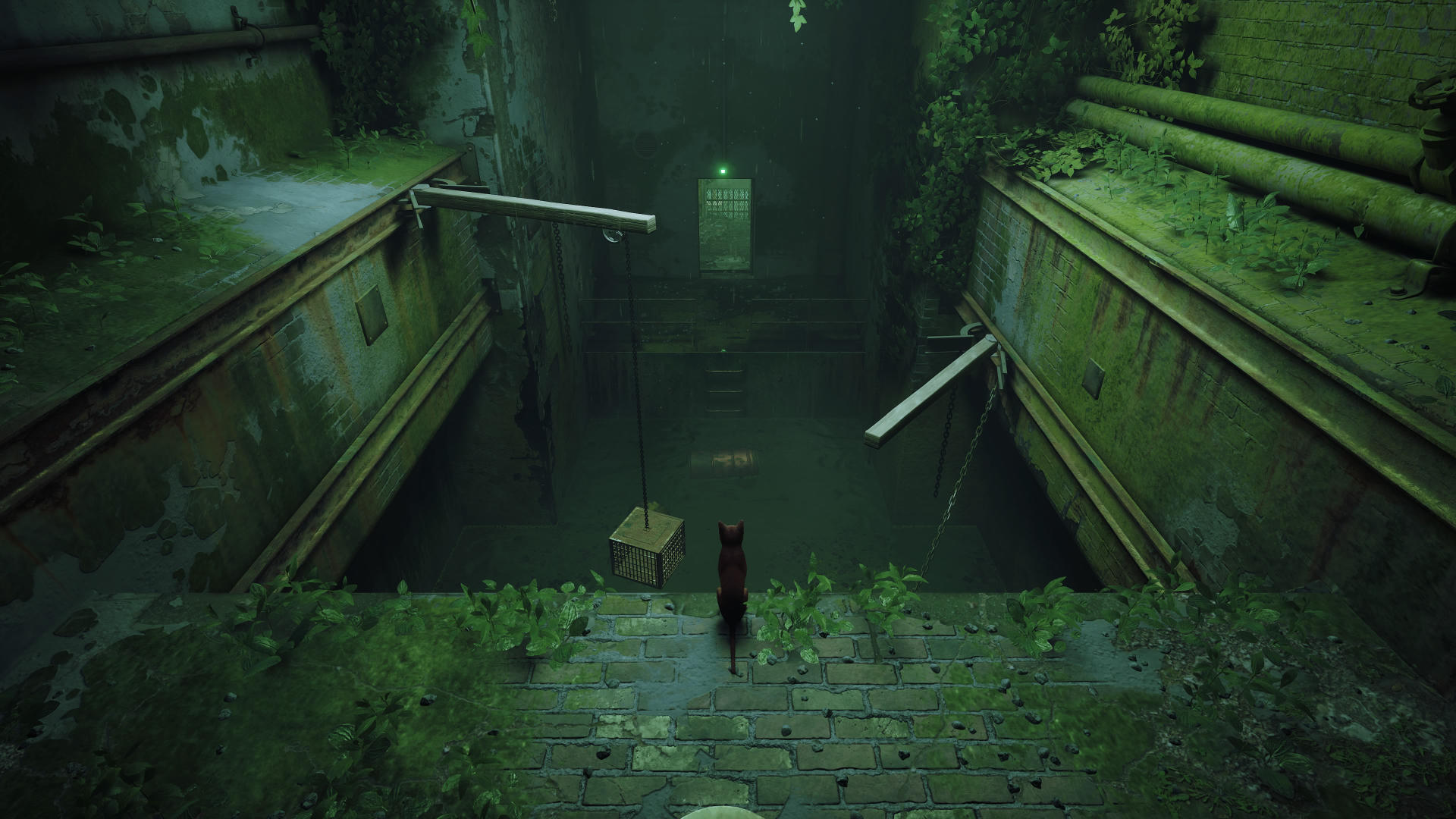 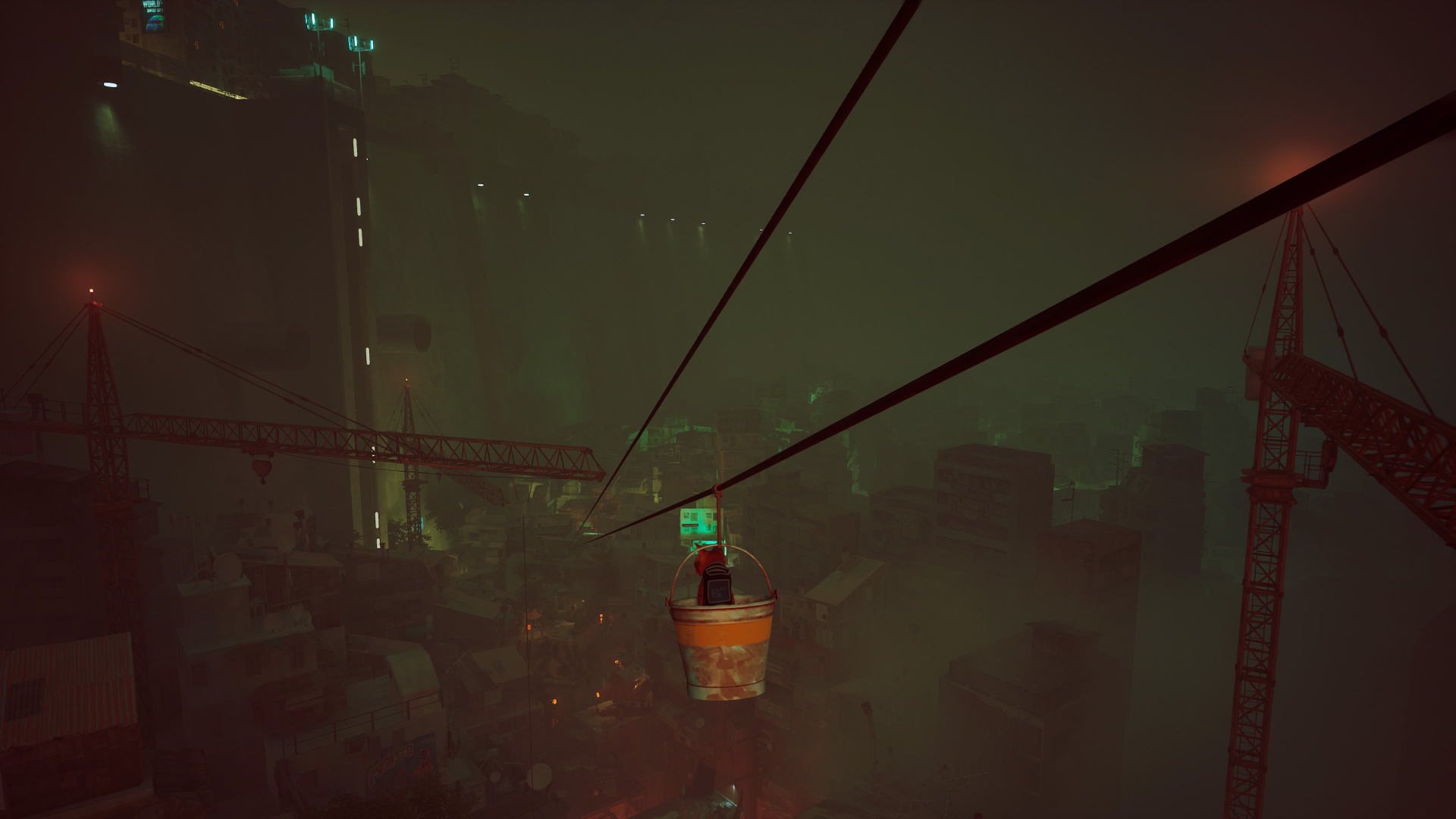 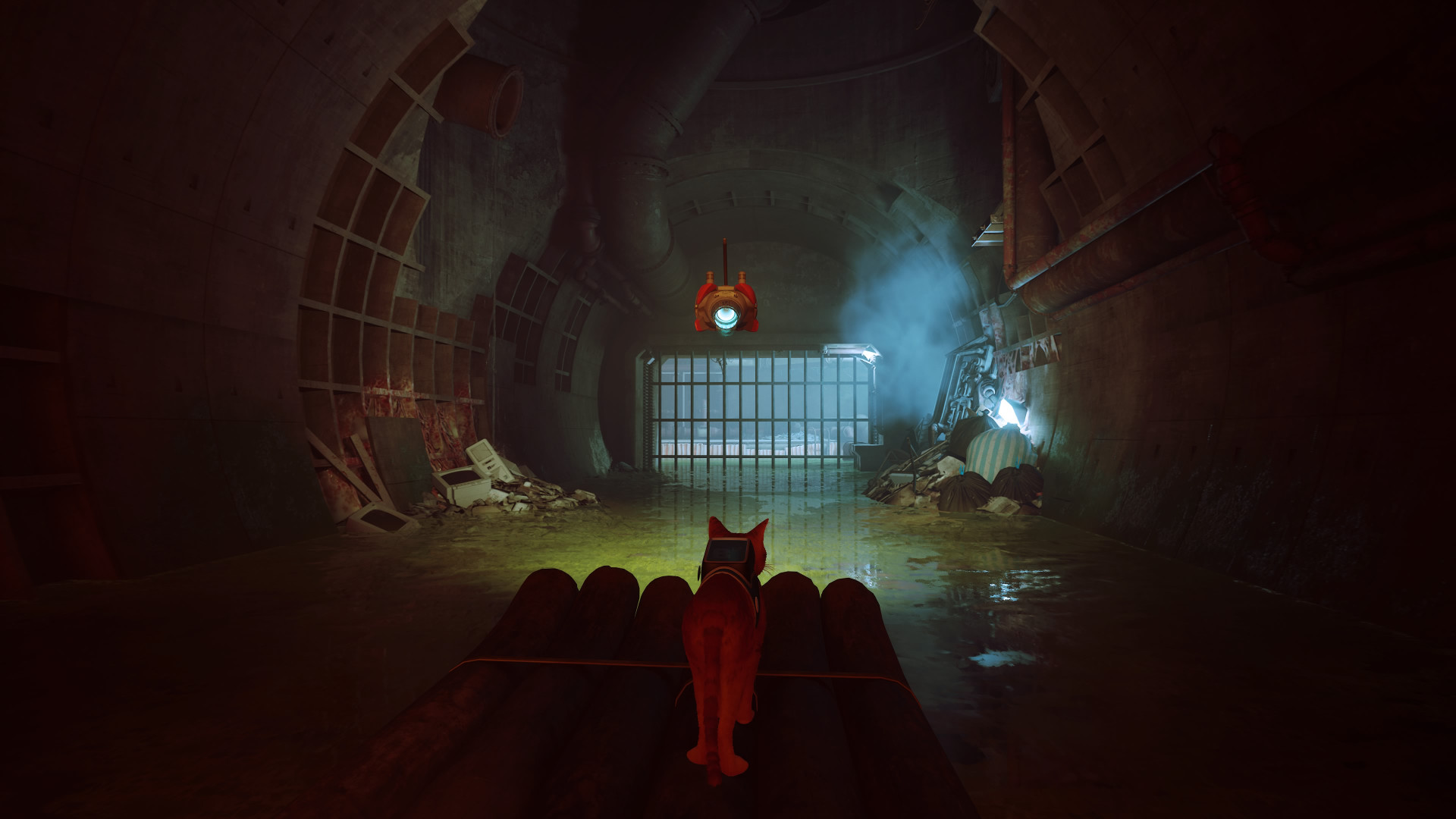 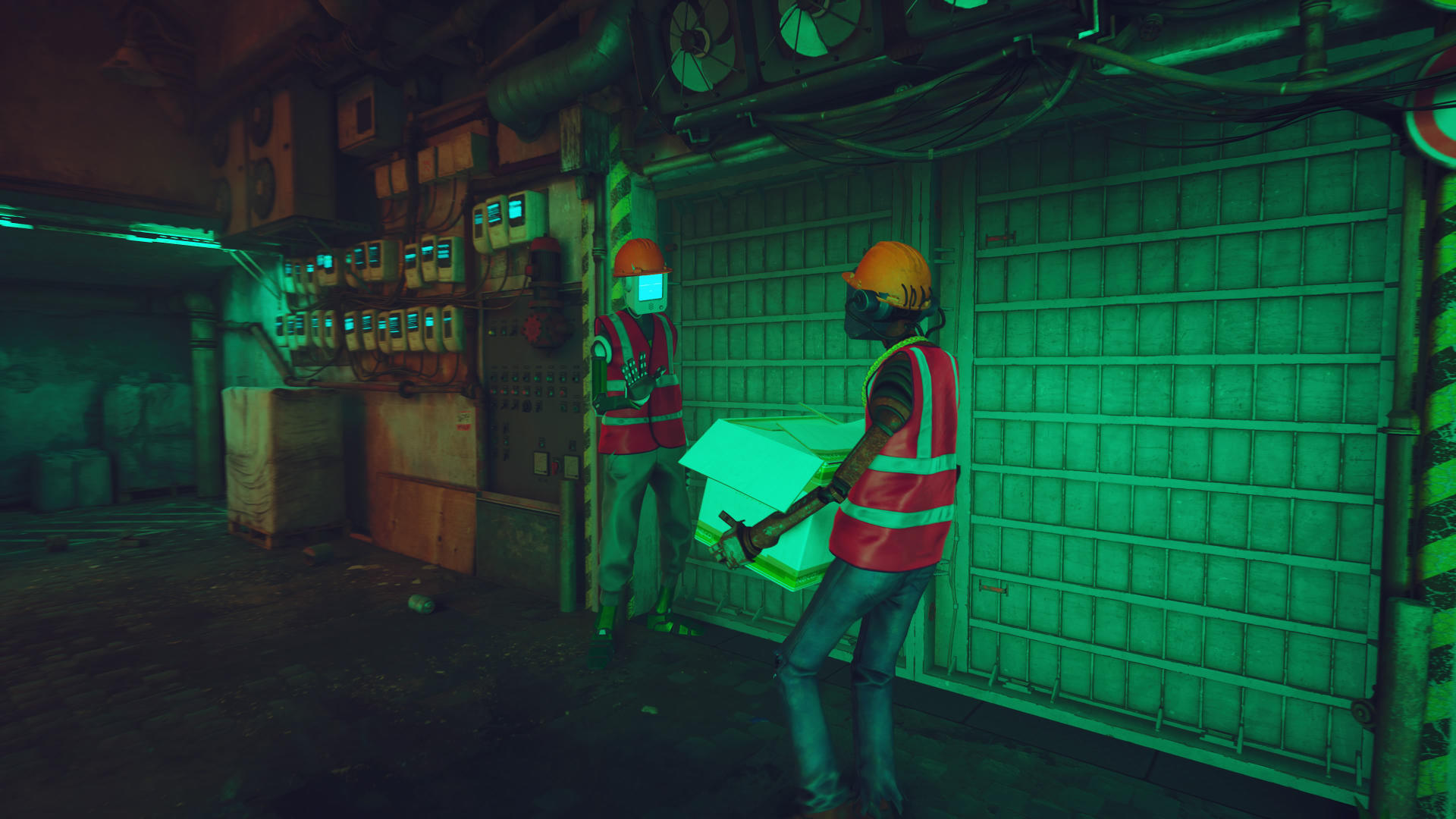 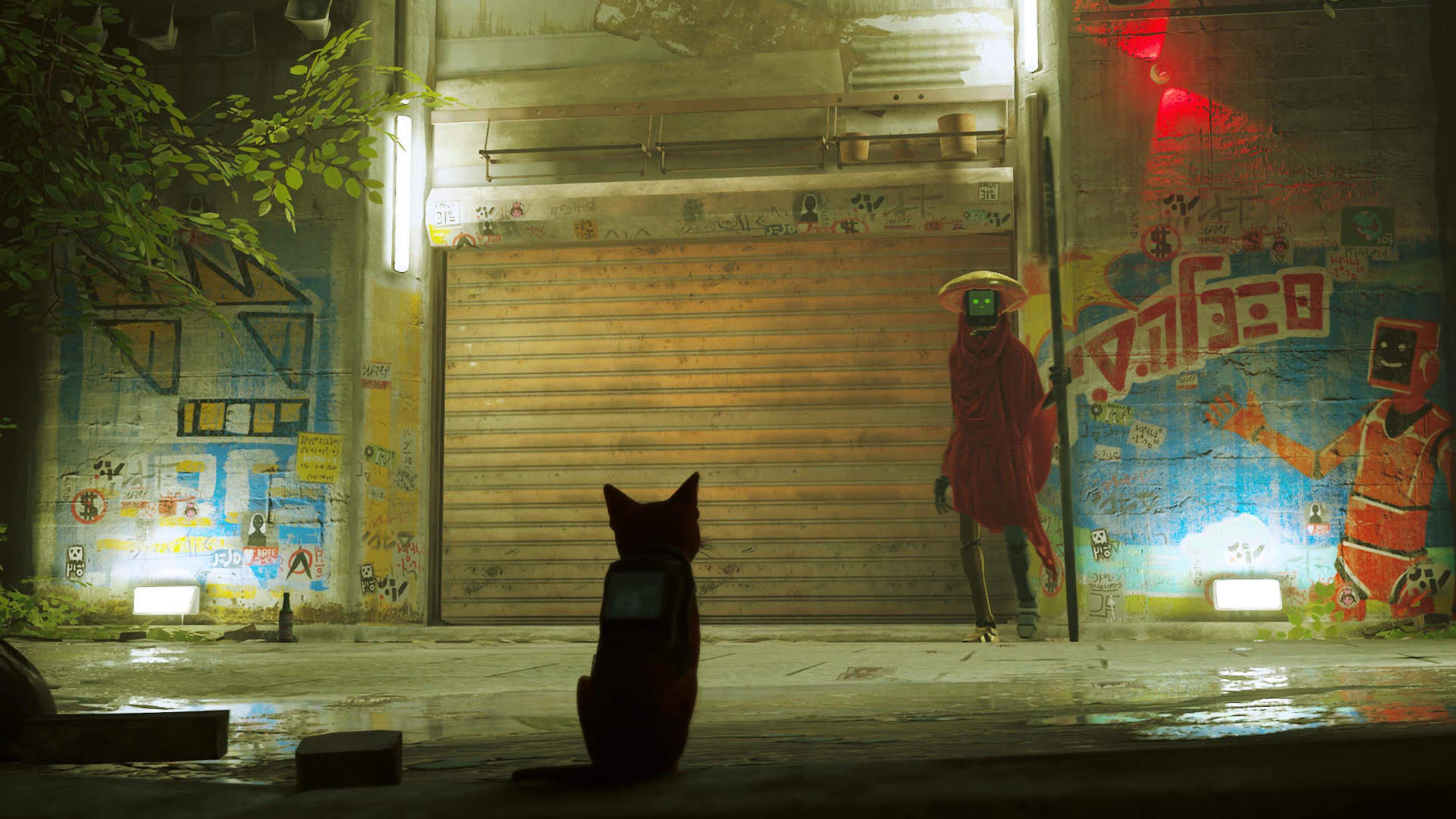 Every piece of art in CARD SHARK was hand printed, here's how it was made