Saying goodbye to a lost land in [soon, only the ocean]

Glenn Island is gone now, but it will be remembered. An interview with Max Myers, developer of [soon, only the ocean].

Listen to our feature interview below, or on your podcast player Apple Podcasts, Spotify or Google Podcasts.

‍
An orange-hued sky greets me.  There’s not much left of Glenn Island now and the ocean is lapping dangerously at the edge of the weather station I’ve been trekking to during my daily pilgrimage as the caretaker of this land.

I am greeted by an eerie, unfamiliar site. The once lush greenery crowning the top of Glenn Island has finally died, leaving only the remains of tree trunks and branches propping themselves like monuments to all that has been lost.

I pick up the last of the litter that has washed its way onto shore, placing it carefully onto the boat I arrived on.  Finally, I take one last look around, snap some final photos of my surroundings and get ready to leave.

This was the end of my time with [soon, only the ocean]; a game by Melbourne indie dev Max Myers. Inspired by and created during the Australian bushfires of 2019-2020, it felt like an interrogation of the loneliness and grief that a slow apocalypse can create.

[soon, only the ocean] played out in real time; encouraging players to log in once a day over a month-long period to partake in documenting the final days of a fictional island off the coast of Victoria.  With each passing day, time would move by in months and years, allowing the player to experience the normally glacial pace of climate-based land erosion in weeks rather than years.

It was an extremely solitary game. Outside of the few scattered animals initially living on the island, there was no one else with you except your own thoughts. Myers left you with only the sound of rustling wind, the ominous crashing of waves and the internal monologue of your voiceless character to contemplate as you explored your surroundings.

‍
Given a monitoring journal as one of your sole tools to interact with, you were encouraged to document your own experiences on Glenn Island, with space to describe each trip’s weather report, attach photos and document any other observations of the land and your feelings you wanted to write down.

Time would slow down while on Glenn Island. Tasks would take forever by design. The daily hike to the weather monitoring station was a cautious glacially paced plod up and down a hill and collecting and cleaning up litter and rubbish would involve several trips back and forth to your boat.

It all provided plenty of time. Time to think about the end of the world, about whether the black pixels blowing in the breeze were flies or small flecks of debris and ash from far off distant bushfires.  It also provided context.  As the island moved ever-closer to its destiny of being taken by the waves; the slow pace of these tasks would ease with each passing day.

‍
Towards the end, I was no longer getting lost on my way back to the boat, there wasn’t enough forest and land to lose myself within. On my final day, carting rubbish back and forth took seconds, rather than long, tedious bushwalking of previous weeks.

It's this process of documentation and exploration, the plodding pace and isolating stretches of silence that make time spent on Glenn Island feel weighty and impactful in a way that few games can evoke.

And this is a game demanding to be impactful. Its overarching theme of whose land is being lost is central to the core of the game; Your voiceless narrator has deep ties to the land; with family having looked after it for generations.

[soon, only the ocean] wants you to think carefully about the price that climate change will cost first nations and indigenous people who have rich ties to the land, each play session ending with the following mantra:

What
do I owe
to the people
the places
where soon only the ocean
will remain?

‍
It’s been easy to forget about climate change over the last few weeks. The covid-19 epidemic has rushed around the world, forcing millions of people into isolation and lockdown, the slow-terror of an ecological apocalypse that was on the forefront of my mind during the summer bushfires has swiftly been replaced by the ache of existential pandemic dread taking place right now.

Strange then, that I found so much comfort in a slowly crumbling island and the reminder that our natural world is fragile and must be protected.  If we don’t,  lands that have histories, stories and meaning for people spanning back thousands of years will be lost under the waves forever.

You can play the final day of [soon, only the ocean] (it's all that remains of the Island) via itch.io 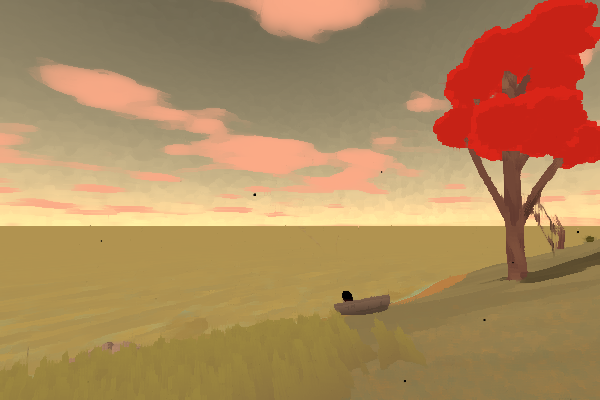 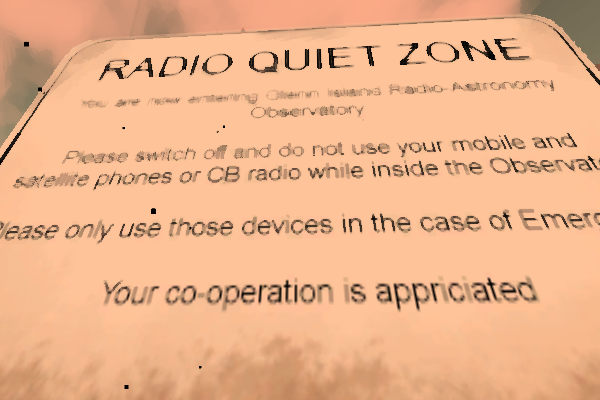 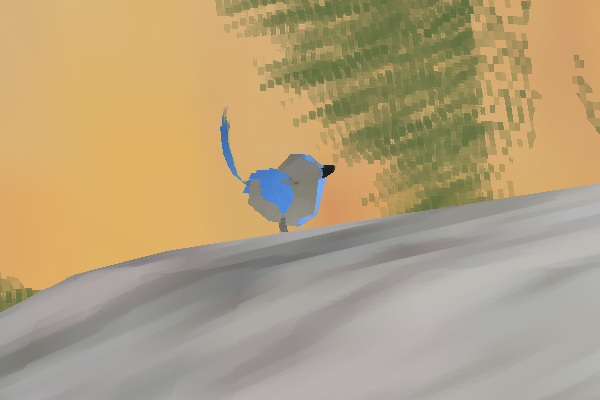 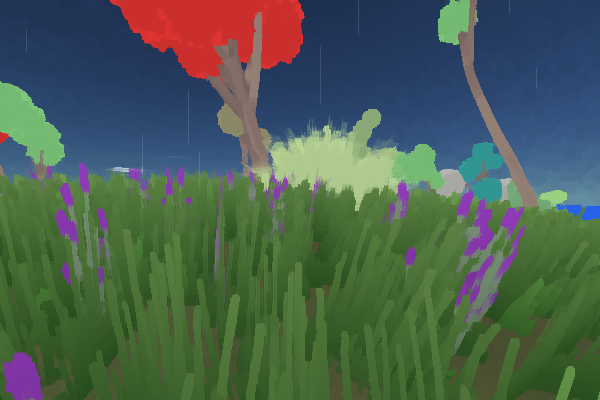 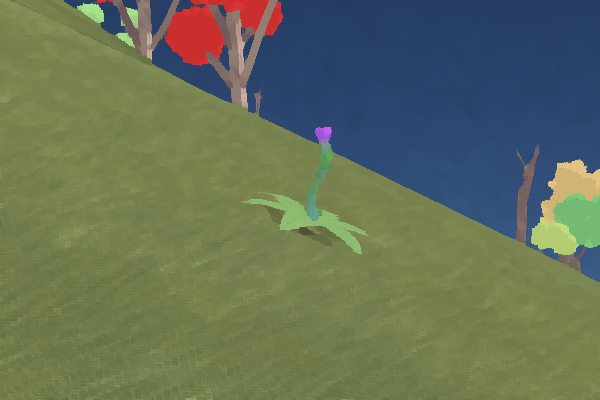 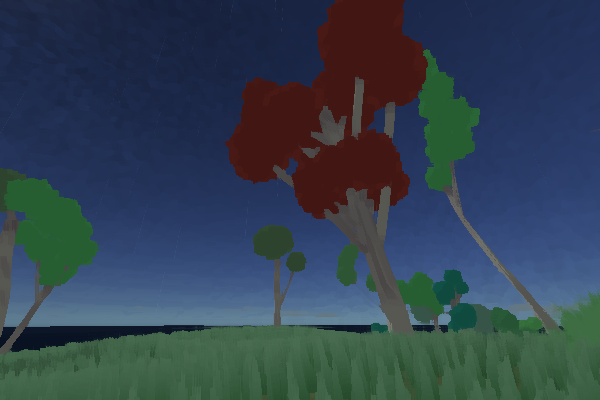 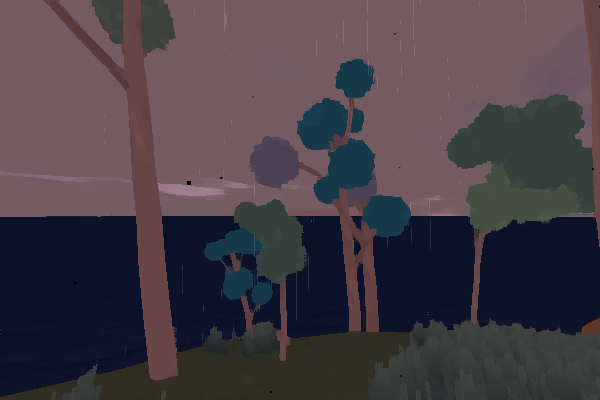 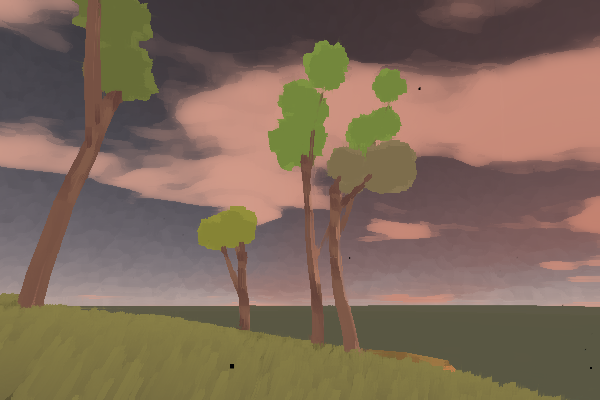 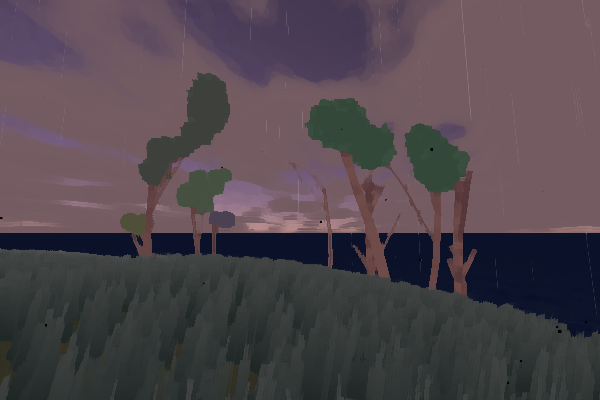 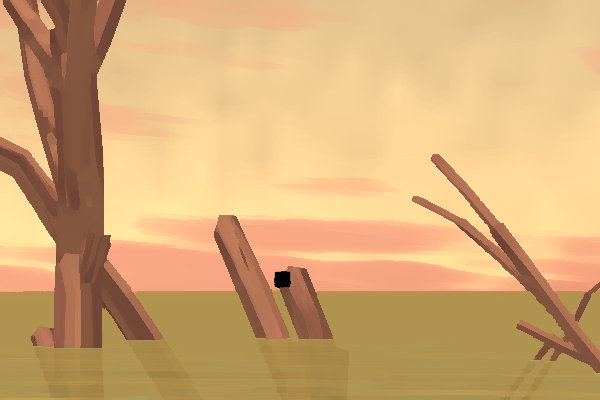 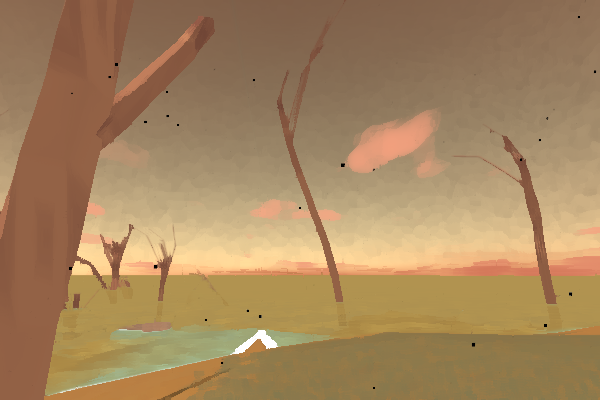 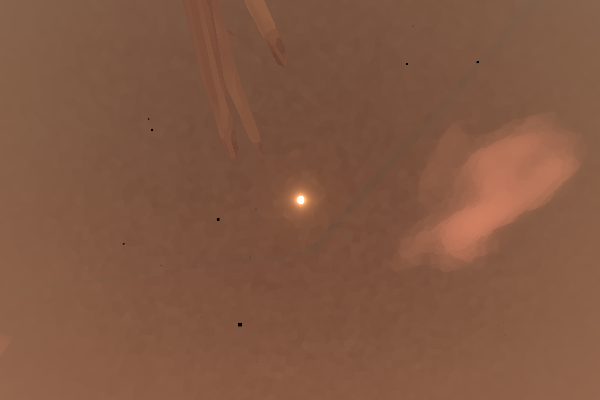 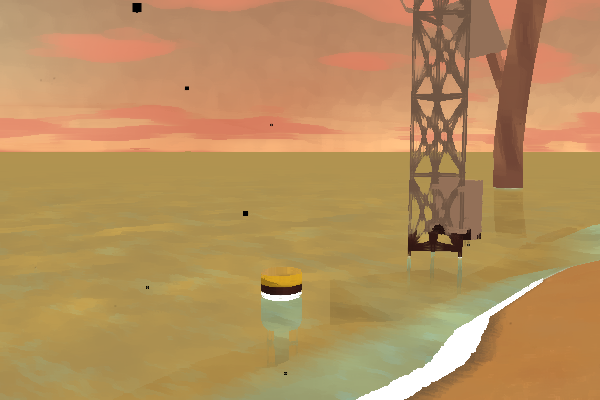