GLITCHHIKERS: THE SPACES BETWEEN is narrative game that revels in uncertainty and self discovery

A journey of self discovery that's aesthetically gripping and asks you to consider your place in it all.

I remember feeling so keenly that absolute rush of exploration, fun, camaraderie, the joy, sadness, anger and hope of working out who I was and what I stood for.

Silverstring Media's GLITCHHIKERS: THE SPACES BETWEEN is a science fiction narrative game that perfectly captures the feeling of self discovery and what it feels like to be small in a big world.

Each narrative path can be revisited as you explore and develop relationships with the hikers, on foot, behind the wheel of car, as a passenger on a train or waiting an airport lounge.

The world is weird and wonderful, with each vista looking like a synthwave album cover and you'll find yourself stopping frequently just to take it all in.

Low polygon trees, mountains and people just look great, especially when you escape into an area that breaks up the pinky-purple aesthetic of much of the game.

"Every wonder why the night sky is black even though there is no where you could look that doesn't eventually have a star? Shouldn't it be full of light?"

The games "journeys" all start from The Stop, a convenience store which offers each of the branching paths for you to explore for as long as they take or for as long as you want.

You can freely explore the massive interstellar airport terminal bouncing around, collecting speed boosts to get new perspectives, to find new moments of connection with the characters also biding their time who've tucked themselves into their own space.

In the park, which is one of the most wonderful locations you visit, you roll through on rails stopping at benches or to converse with new people to look across the city and control the tunes playing on your MP3 player.

On the train you jump from place to place selecting where next to go, and when you're driving you move always forwards but can speed up or down or pull over to pick up passengers.

The mix of control styles takes a bit of getting used to and I honestly just felt wished for a bit more freedom explore more than the game at times.

Each time you meet a character you get to progress that conversation a little bit further, referring to when you met them last.

A revolving cast of characters in different contexts, that prompt you with questions that feel introspective rather more than conversational.

Each conversation is heady stuff if you let it be, "what is our place in the universe," "how do you define what's alive," "what is our role in community" or "what is art."

The game gives you resources directly, a mental health first aid checklist is built in and directs you to find more help, something I honestly think would be an excellent resource if you're supporting a friend in crisis.

Where GLITCHHIKERS succeeds is that bottled feeling of uncertainty, poured across every interaction in the game.

You're not sure exactly what's coming up on the road, but you'll keep your eyes out just in case.

Ultimately GLITCHHIKERS isn't going to be for everyone, it's slow and pointedly pondering, but it reminded me of other explorations of youth and self discovery that had me charmed.

I would love to see people play this game in a gallery space or event, jumping through journeys as someone passes the controller.

GLITCHHIKERS: THE SPACES BETWEEN is available now on PC and Nintendo Switch.

A copy of GLITCHHIKERS: THE SPACES BETWEEN was provided to SIFTER for the purpose of this review. 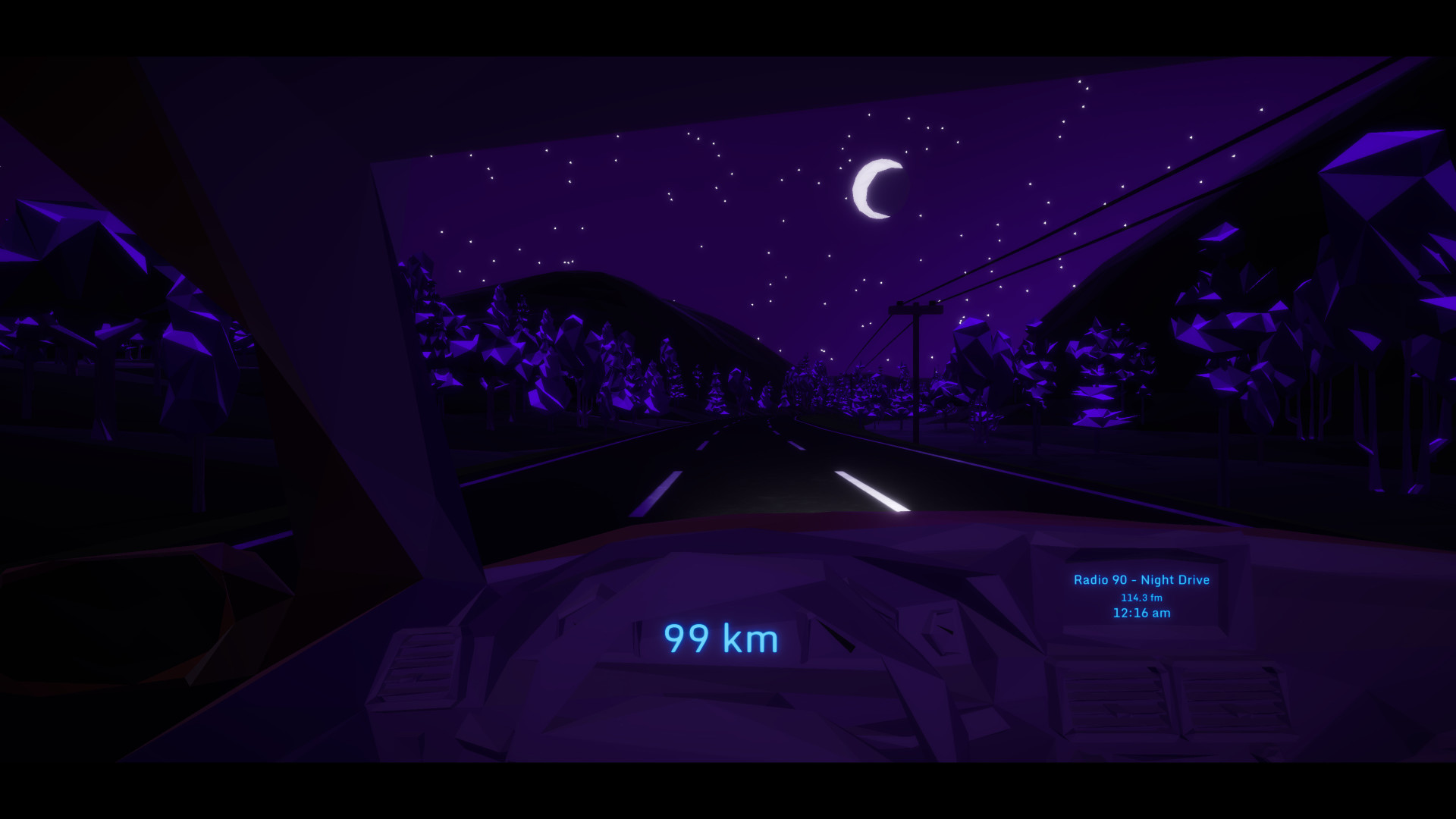 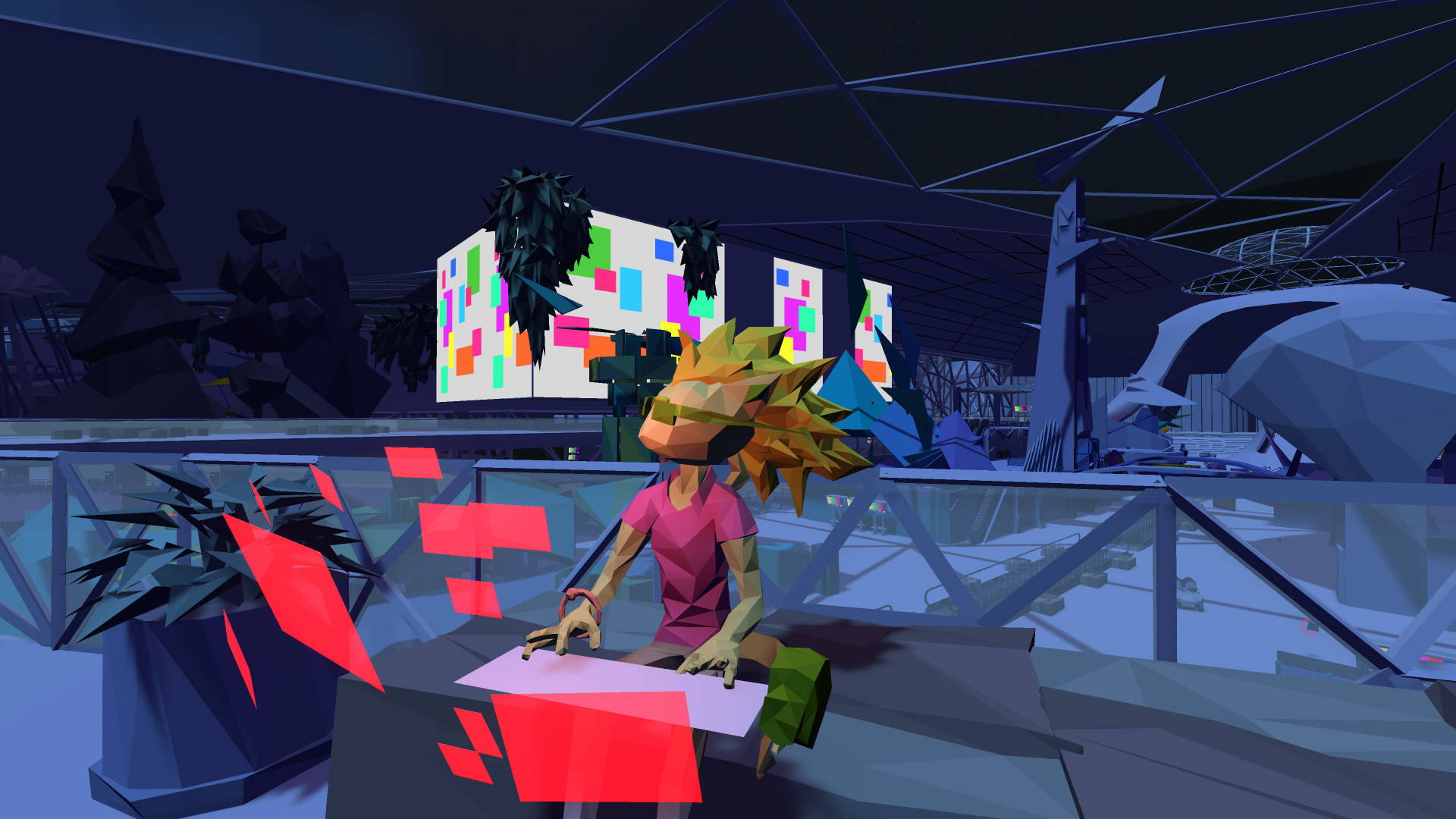 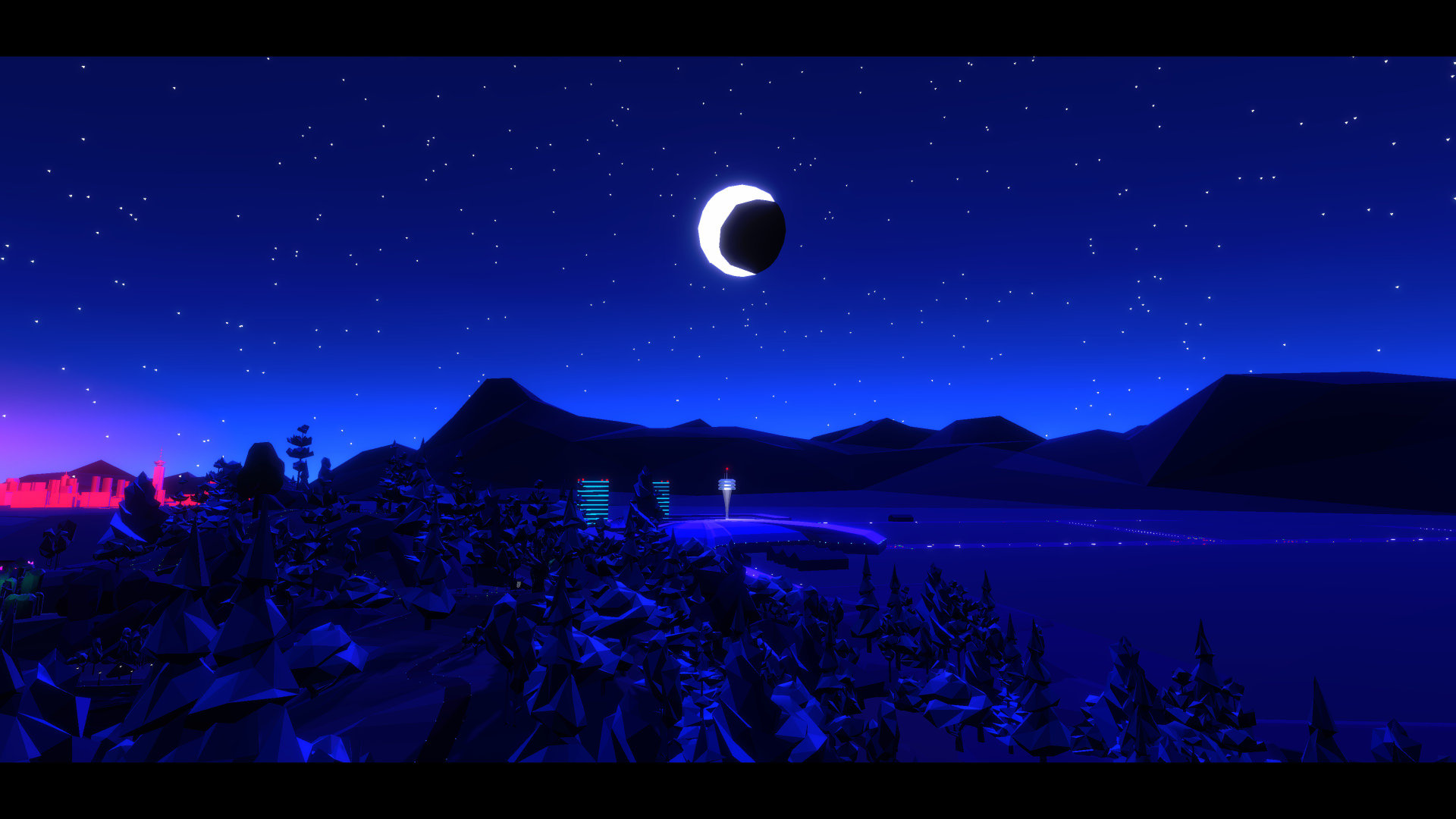 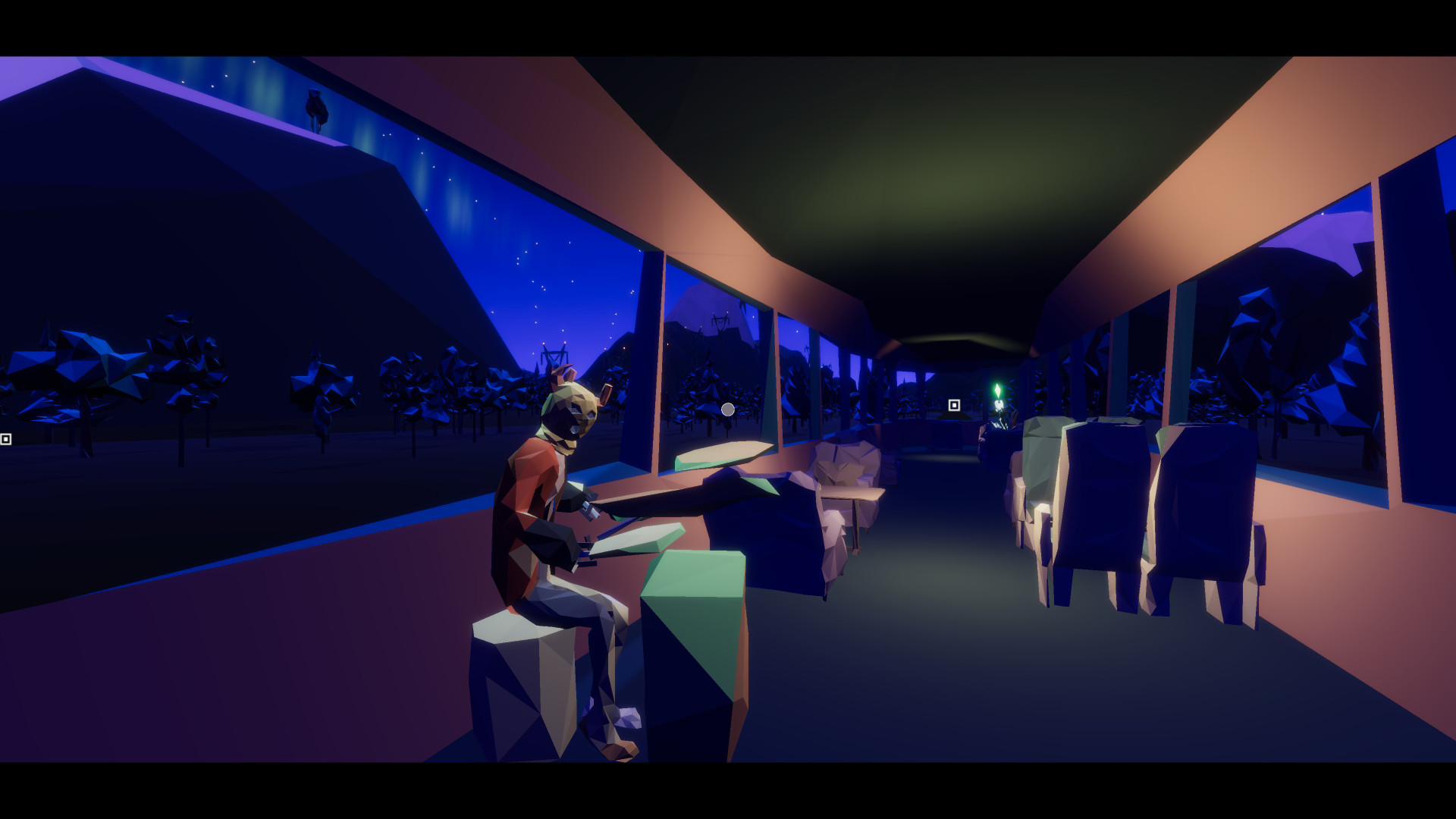 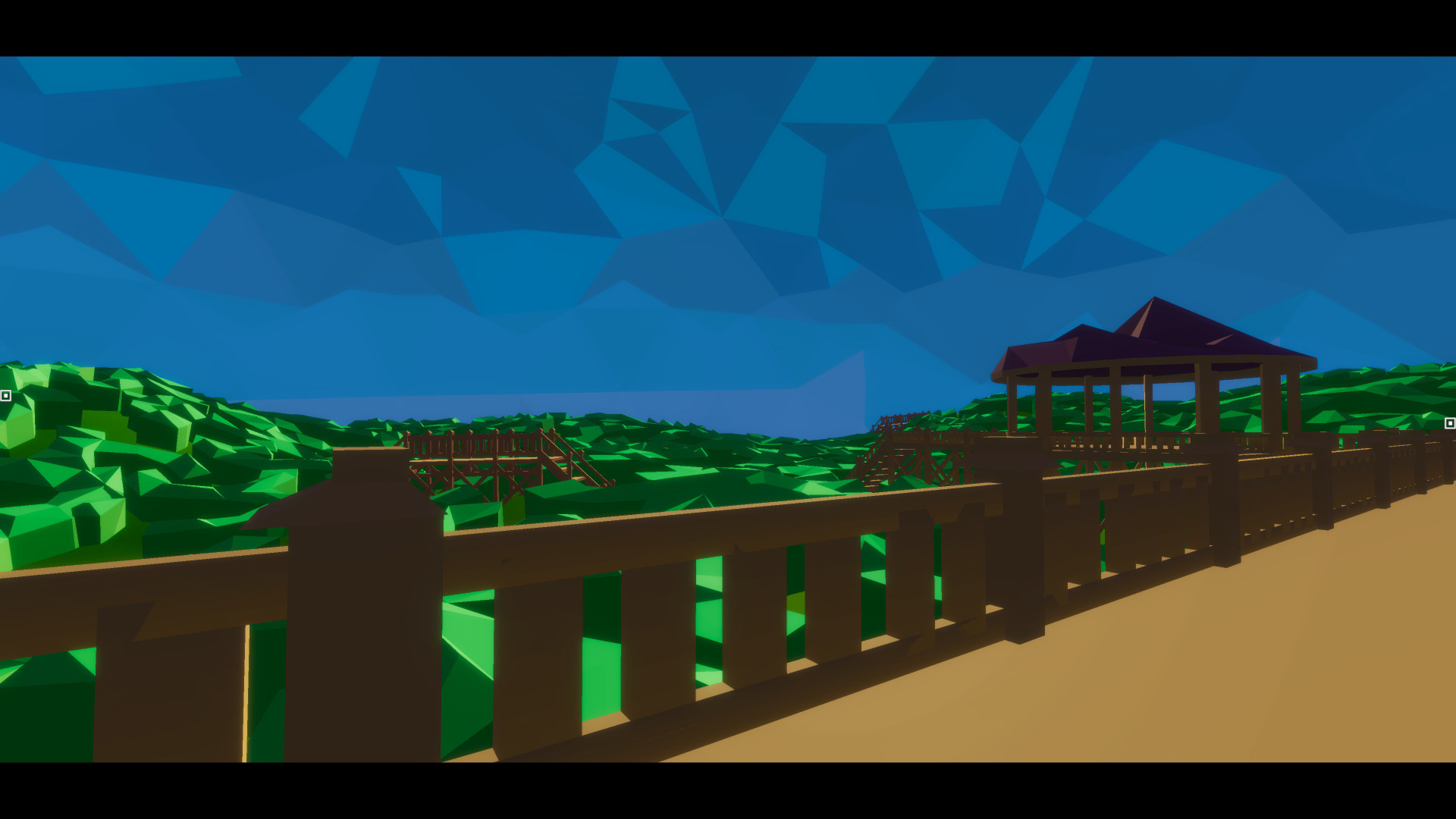 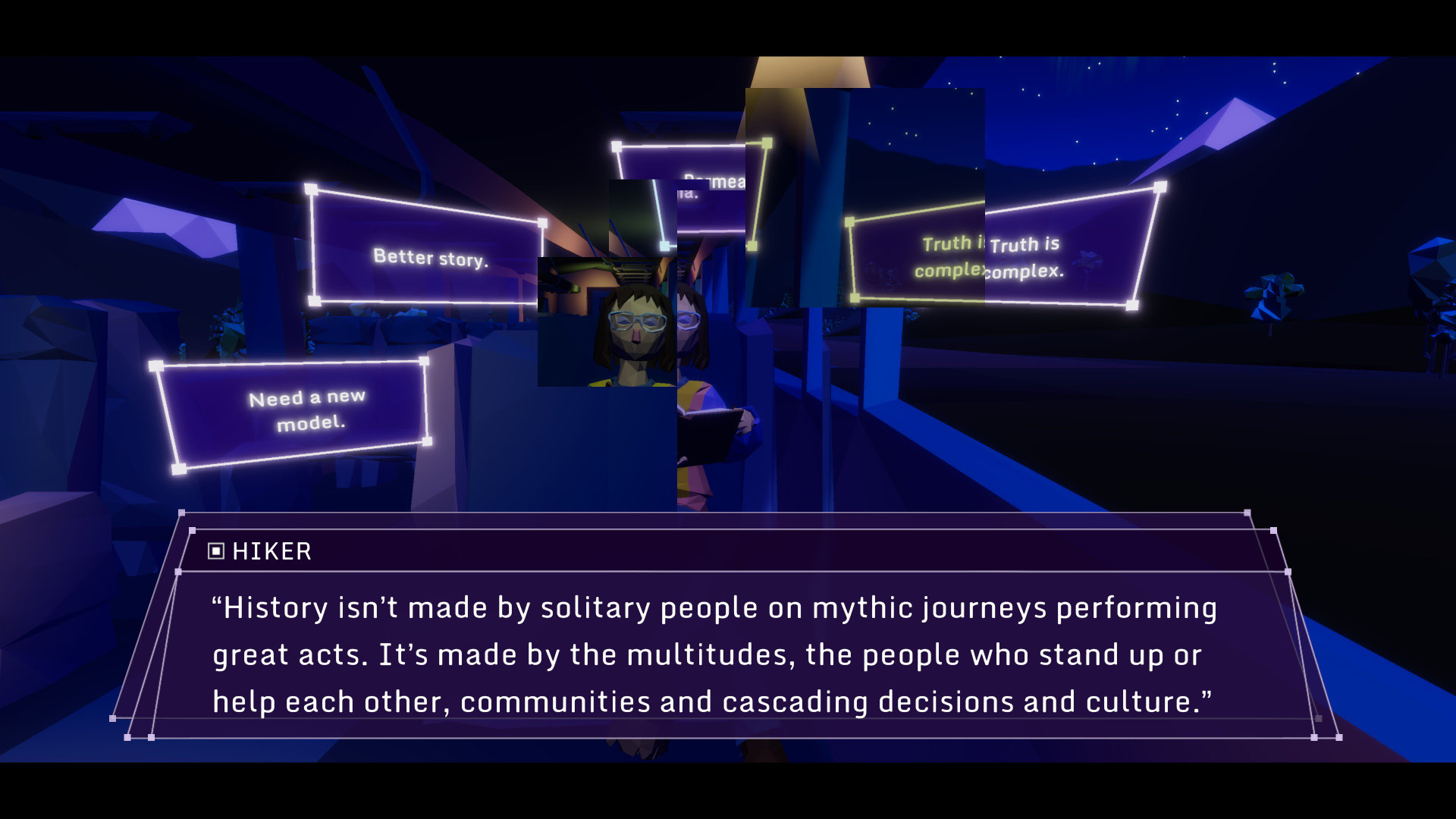 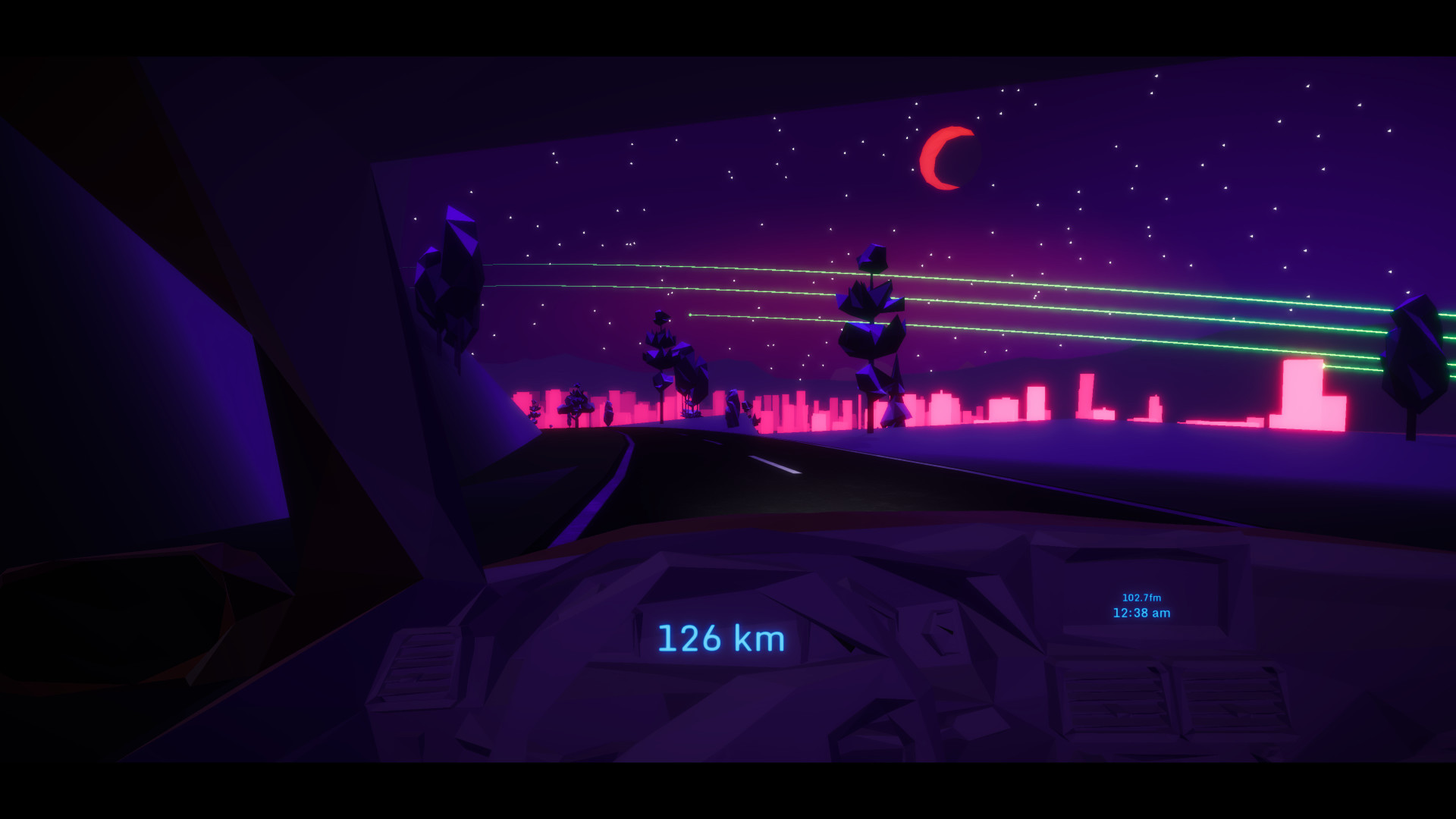 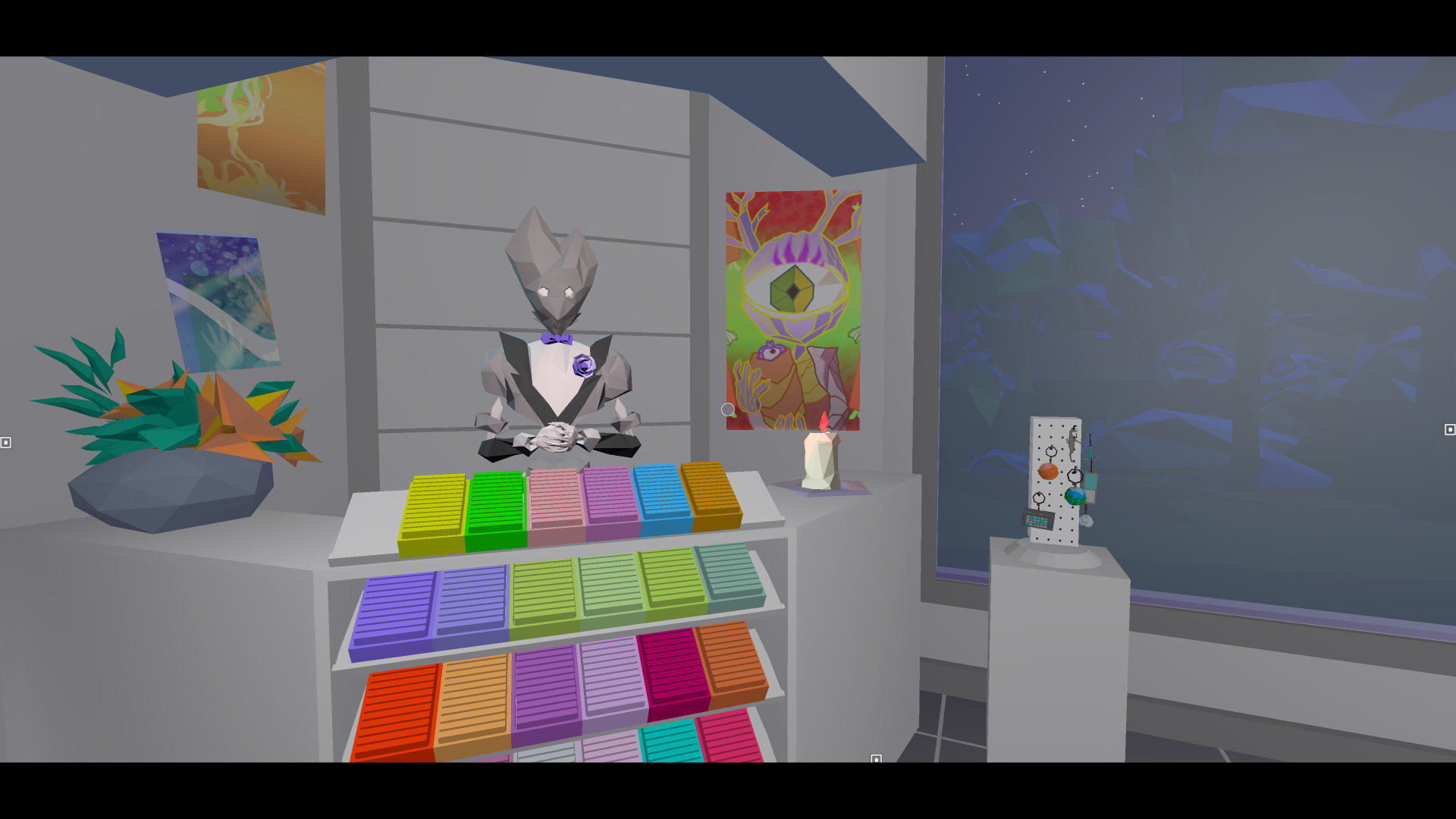 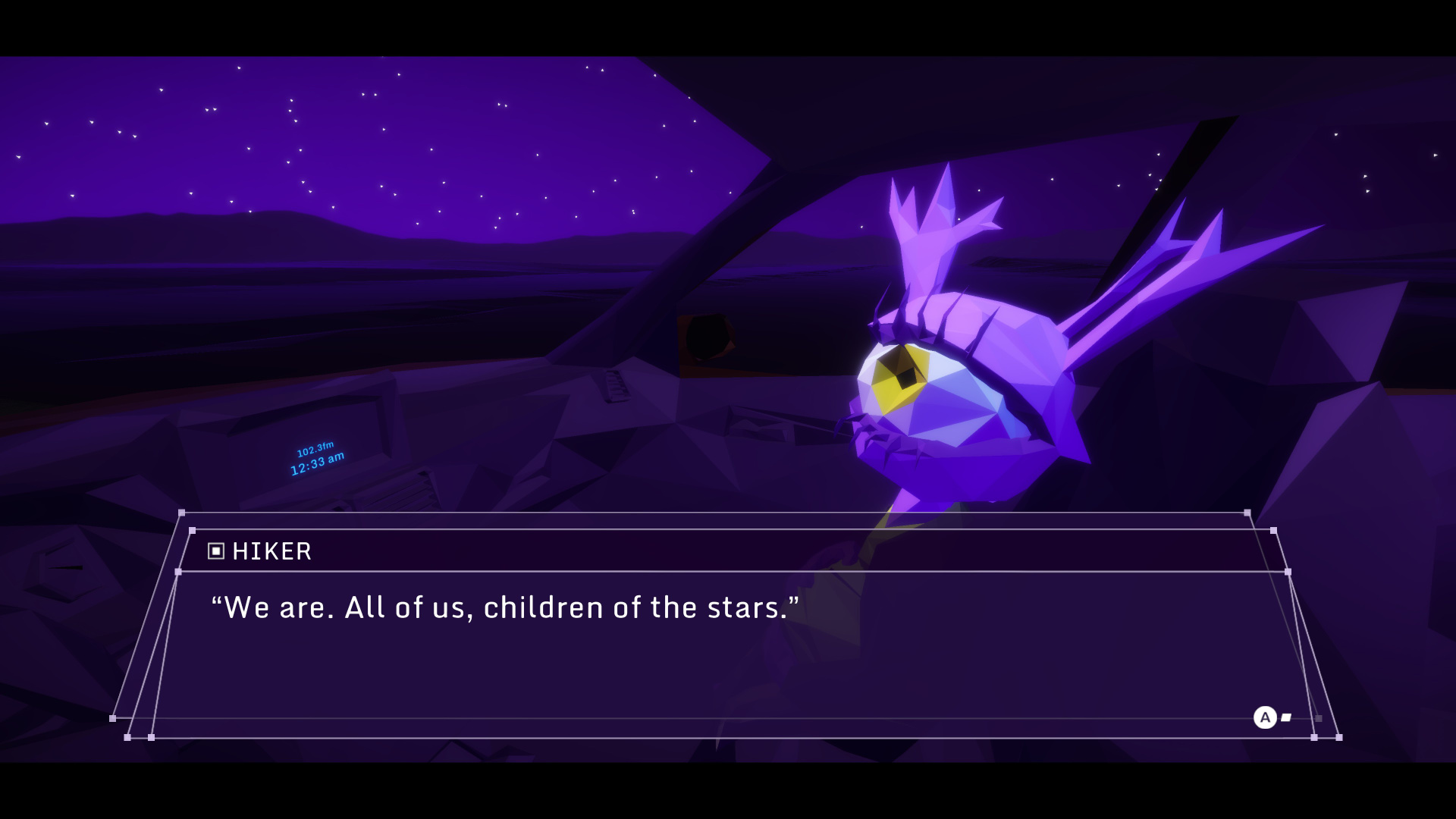 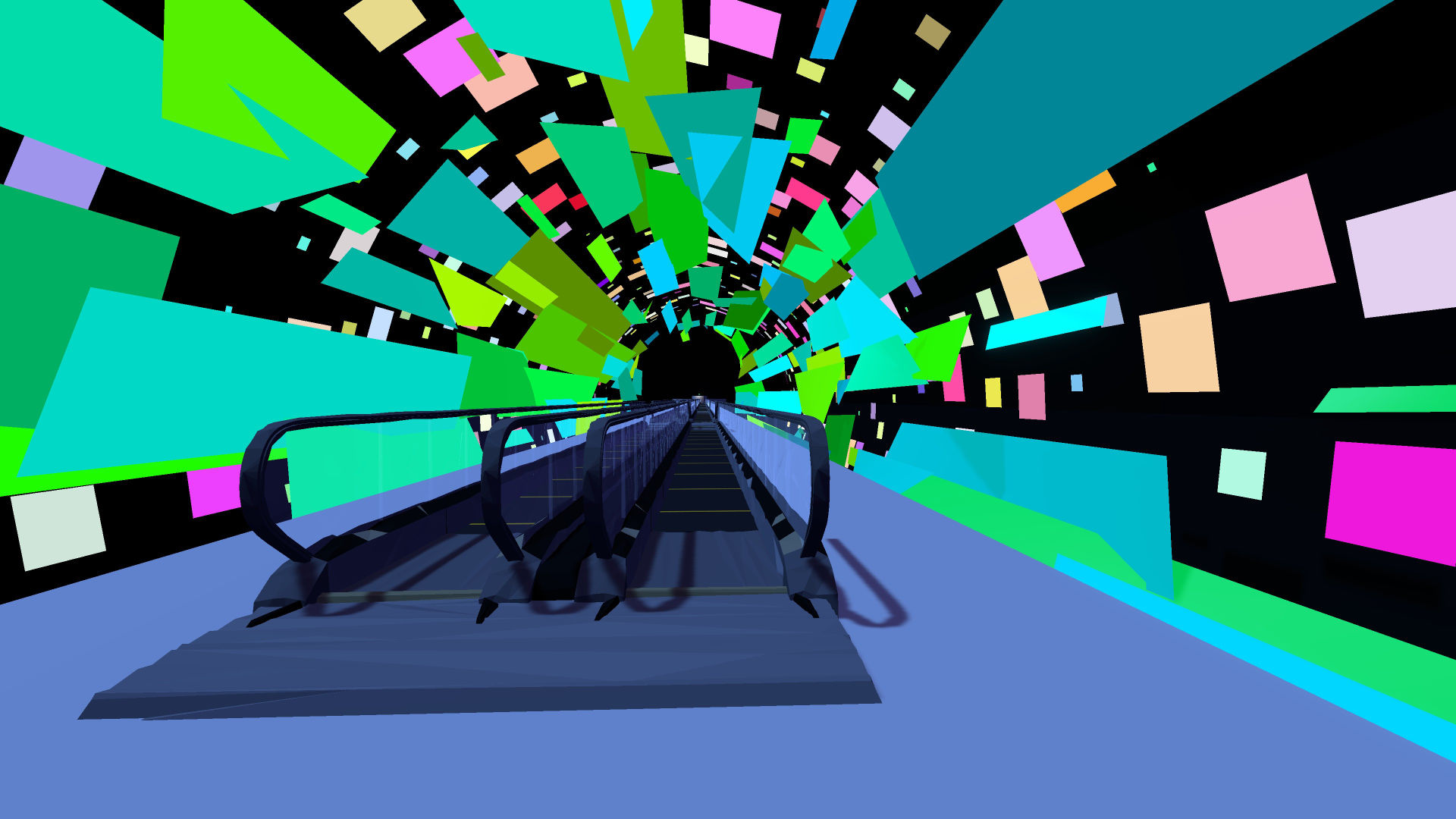 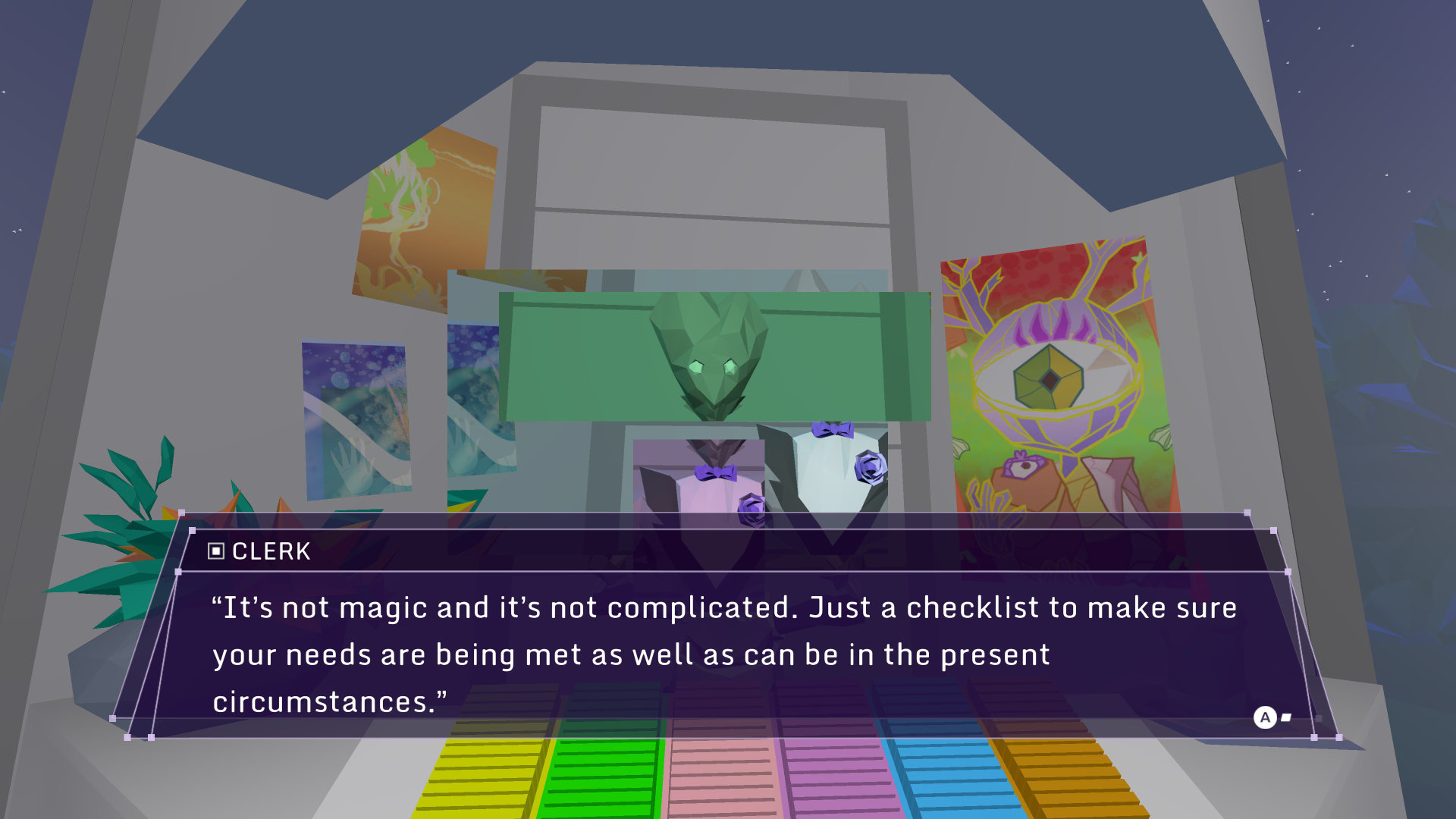 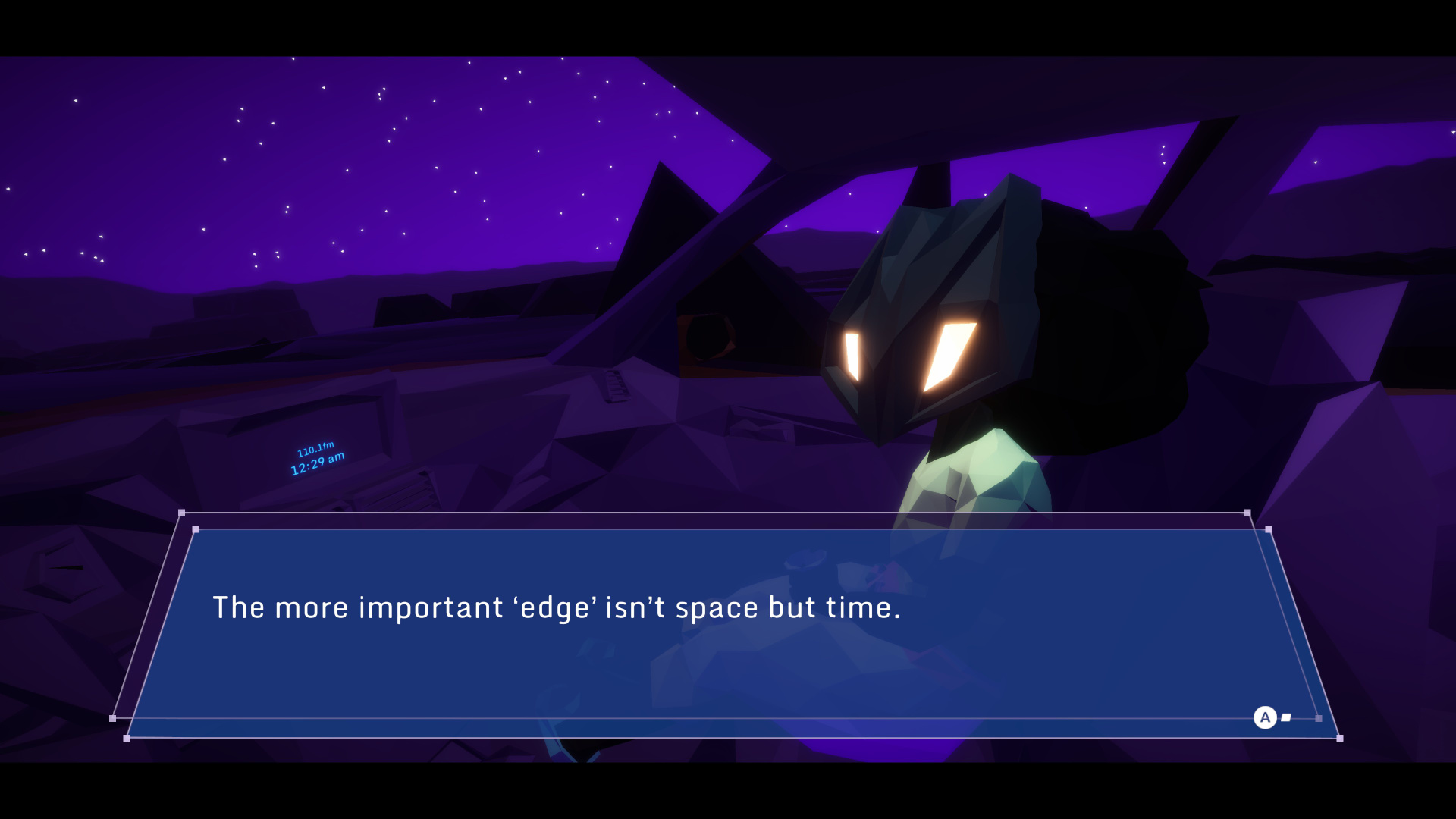